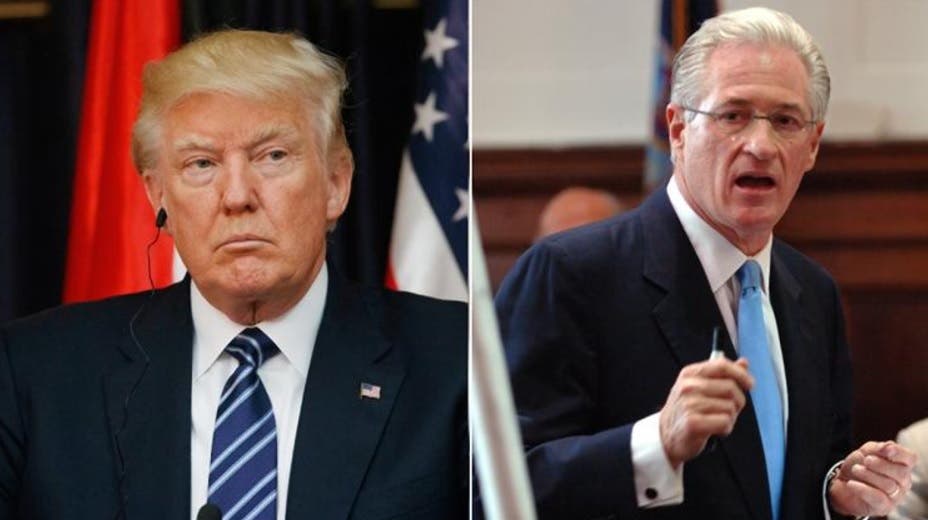 Donald Trump’s personal lawyer Mark Kasowitz just got hit with a pair of serious ethics complaints (embedded below) by lawyers in his home state of New York and in Washington, D.C. where he is practicing law today.

Kasowitz has become famous for issuing a typo-filled, but factless defense of Donald Trump as news emerged that President Trump himself is under investigation by Special Prosecutor Mueller.

However, he isn’t a member of the DC bar and seems to be advising government officials on Trump’s White House staff, who themselves could become witnesses or defendants in a future criminal prosecution of the President. The New York Law Journal reports:

Campaign for Accountability, a nonprofit government watchdog group formed in 2015, filed its ethics complaint with the Washington, D.C., Office of Disciplinary Counsel, Board on Professional Responsibility on Thursday.

The more serious of the two complaints is with the DC bar since Trump’s lawyer isn’t a member, but is still practicing in the White House anyways. Lawyers can practice outside of their home states by filing what’s called an application for

Lawyers can sometimes practice outside of their home states by filing what’s called an application for pro hac vice admission, which lets them practice under the supervision of a member of the local bar.

But they have to make an application and declare this to the local Bar, and Kasowitz has not released any such documents publicly. The Campaign for Accountability explains that issue, and why Kasowitz’s advice to White House officials not to hire counsel yet, likely violated ethics rules:

District of Columbia Professional Rule of Conduct 5.5(a) provides “a lawyer shall not practice law in a jurisdiction where doing so violates the regulation of the legal profession in that jurisdiction.”  Rule 4.3 prohibits lawyers from offering any unrepresented party who has a potential conflict of interest with the lawyer’s own client with any advice other than that they retain counsel.

Mr. Kasowitz does not appear to be a member of the District of Columbia Bar.  As a result, by meeting with White House staff within the White House complex and offering the legal opinion that those staffers need not hire counsel, he may have engaged in the unauthorized practice of law.  In addition, by advising White House staff members, who are not represented by counsel and who have a reasonable possibility of having interests that conflict with those of  Mr. Kasowitz’s client, President Trump, Mr. Kasowitz appears to have violated Rule 4.3.

The New York complaint follows a similar legal reasoning about failing to encourage people to get their own lawyers if they’re concerned about criminal charges related to their employment under Donald Trump. It adds a separate allegation that Kasowitz improperly communicated with people in the White House are represented by other lawyers.

Attorney Neil Goldfarb’s complaint includes a separate allegation that Kasowitz improperly communicated with people in the White House are represented by other lawyers, violating another New York bar rule.

However, Goldfarb’s solemn conclusion to the complaint highlights the seriousness of the White House situation and the grave importance of these complaints:

Donald Trump spent an entire campaign proving to the world that he’s not fit to be President of the United States, but trumpeting that he would hire “all the best people.”

Now, he’s brought a civil litigation lawyer from New York to DC that CNN calls a “fish out of water” to fight a massive FBI criminal investigation without a license.

Here are the complaints: