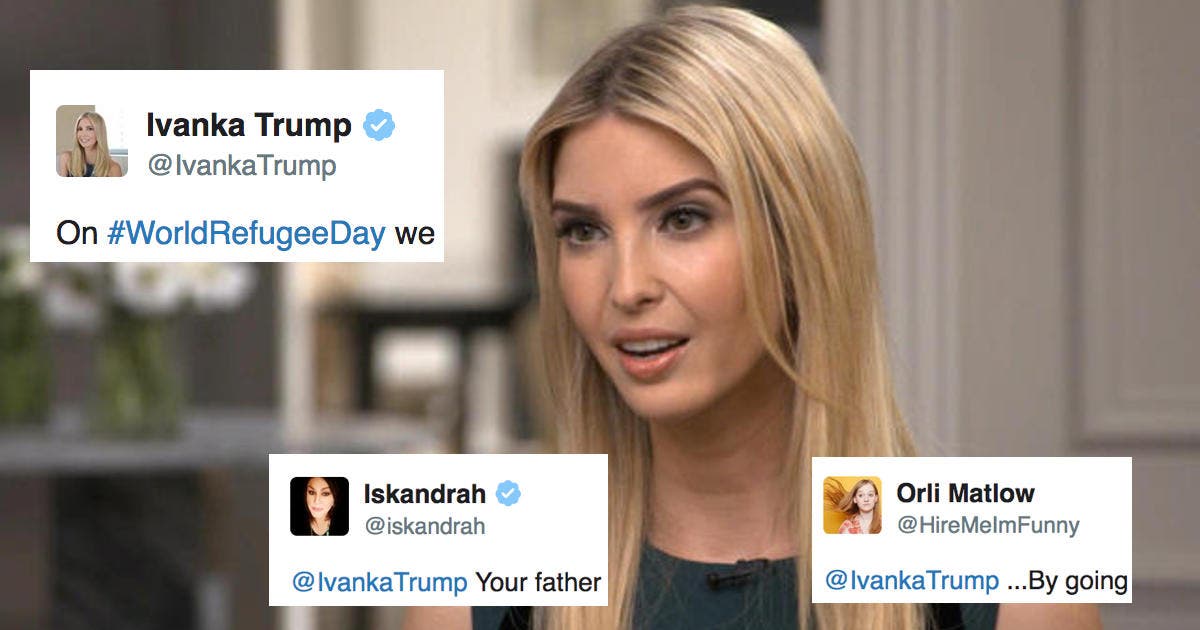 Replying to Secretary of State Rex Tillerson’s statement on World Refugee Day, Ivanka Trump attempted to send her own message recognizing the over 22 million refugees around the world. However, complicit in her father’s administration that is decidedly hostile toward refugees, Twitter did not take kindly to her empty rhetoric.

On #WorldRefugeeDay we remember the plight & courage of the 22 million+ refugees globally. We must work to restore peace & end this crisis. https://t.co/CMMn8zno10

Donald Trump has tried multiples times – all unsuccessfully – to implement a travel ban that would block all refugees from entering the United States for 120 days. Ivanka, who has branded herself as a “moderating” voice in the White House, has thus far failed to influence any policy whatsoever, much less to “moderate” Trump’s extremism.

While Ivanka continues to feign tolerance, she should take care not to throw her own father under the bus in the meantime.

The disingenuity of your @realDonaldTrump surrogacy is stunning, Ma'am.

Go tell that to your dad.

Your father is actively trying to ban an entire religious group from entering the country.

Please just move back to NYC, be rich, happy -live in your bubble-tower. Go back to just being a footnote on pop culture.

…By going to the Supreme Court to ban them from America

If you care, DO SOMETHING, because like your purses, were just not buying this