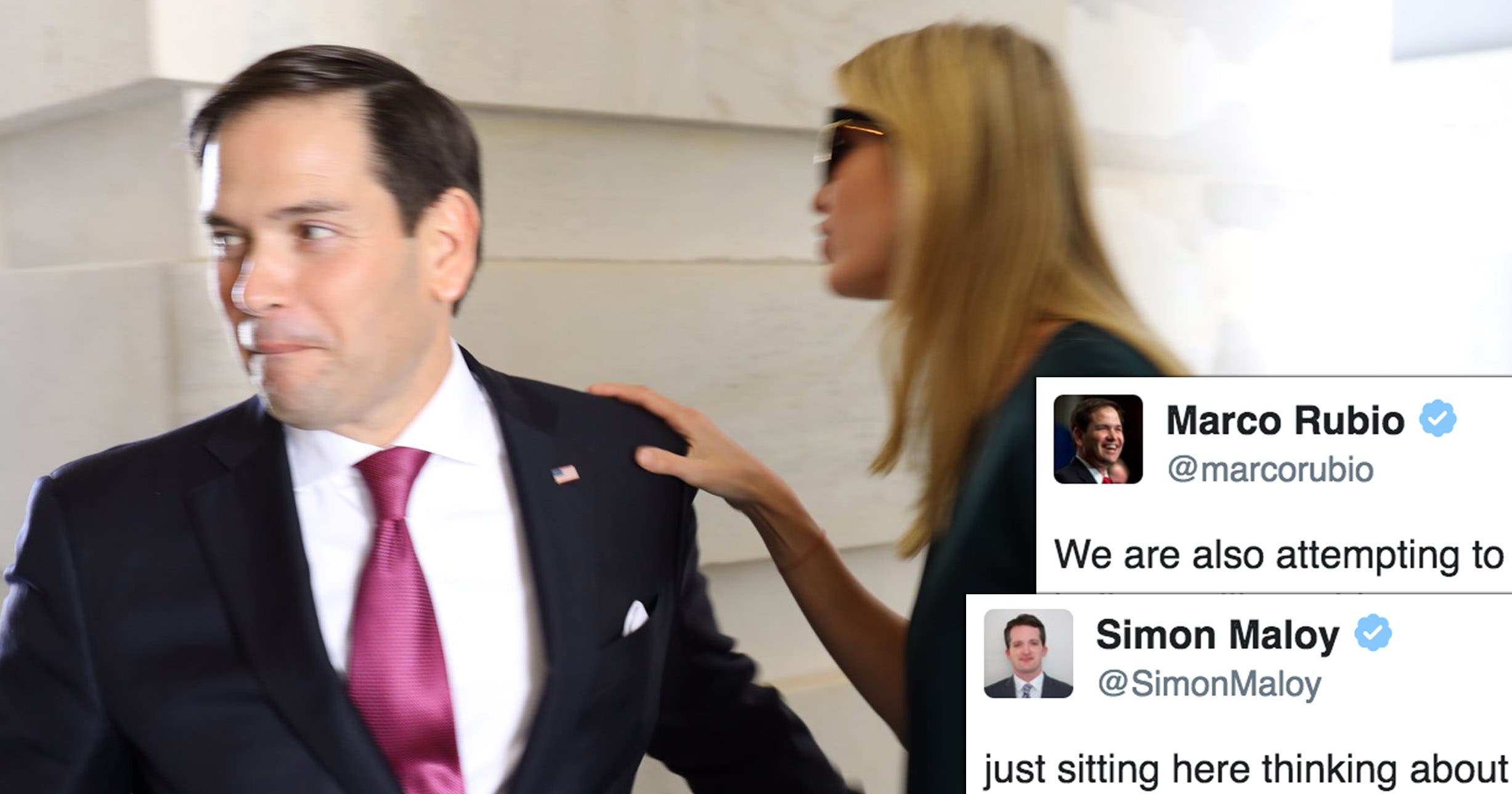 Now, Rubio has taken to Twitter in an attempt to play it cool. Playing it cool, however, is far from Rubio’s strong suit.

The Florida Senator tweeted five times in a half hour, first mocking the fervor by suggesting he would look into the “important matter” soon:

We believe we have our own unclassified photographic evidence that will shed greater details on this incident.

We are also attempting to acquire multi-angle video which we believe will provide greater insight into this important matter.

If you were filming at the Senate carriage entrance today between 11:20-11:25 am we are seeking your assistance with an active investigation

And then, after mocking the idea getting “photographic evidence,” Rubio actually did the very thing he was ridiculing. He tweeted out a picture of the incident, in which the First Daughter touched him — on purpose!

More than an hour after he began tweeting about the encounter, Rubio found another photo of the First Daughter touching him, so he shared that too:

Then, and hour and a half in:

Based on review of evidence & my own recollection, have concluded no hug was even attempted & press covfefe of alleged failed hug is false

Twitter was not impressed by Rubio’s attempt at humor, and they let him know it in no uncertain terms. Special shoutout to the many, who turned the conversation back to Rubio’s complicity in Senate Republicans’ unprecedented secrecy surrounding their Trumpcare bill and the devastating effects it would have on the American public.

It’s impossible to say how much more time and energy Rubio will spend tweeting about his physical contact with Ivanka. We’ll update the story well into the night if we have to.

For now, enjoy these responses:

This is a cute attempt to be lighthearted, but:
1. Learn to thread.
2. #ShowUsTheBill

I know you think you're just adorable, but you're wrong.

Marco Rubio 'Hugging' Ivanka Trump Is So Painful It's Covered By Obamacare https://t.co/2CMlK4JGYy