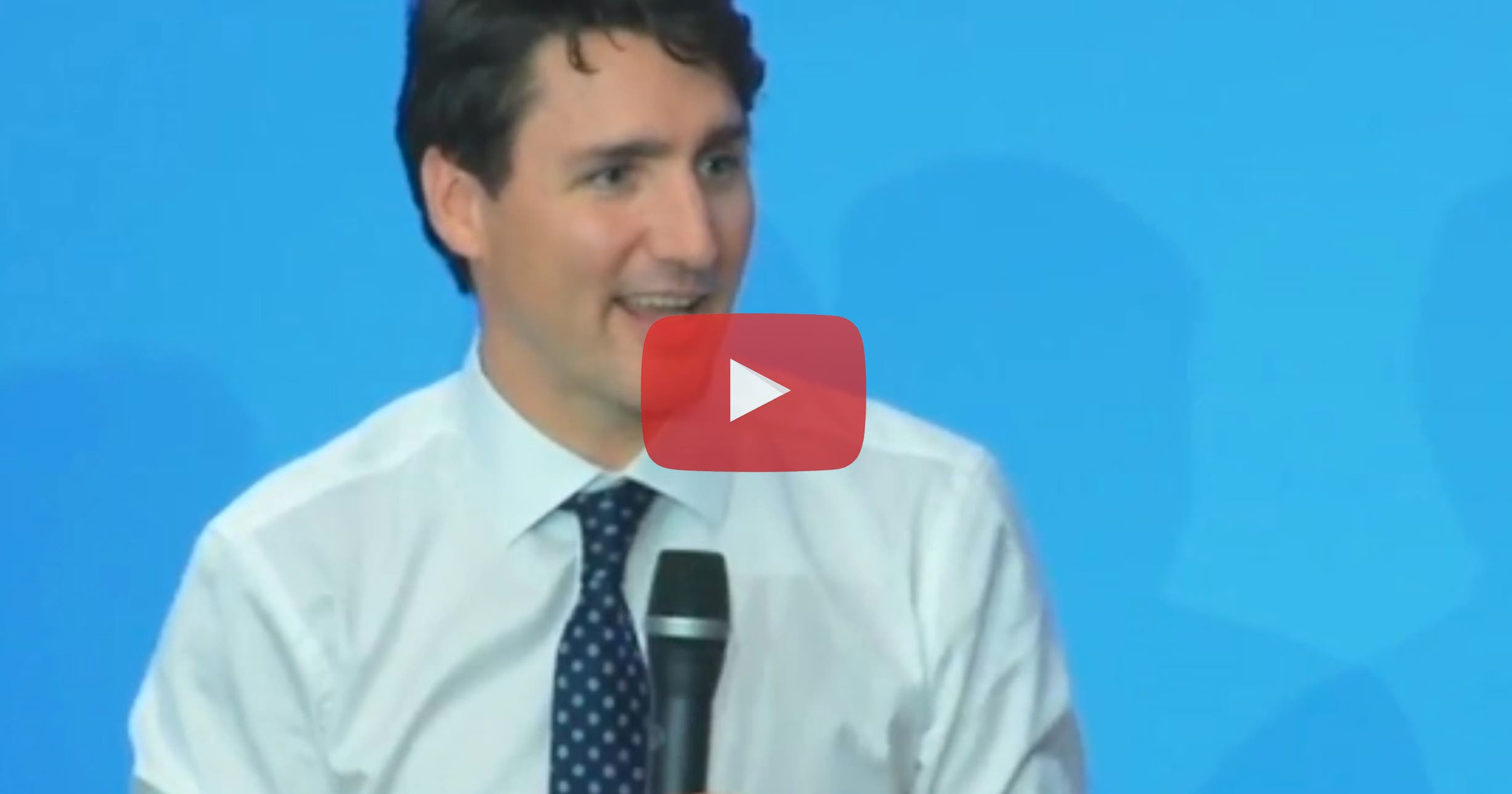 Top Republican Senator Just Got An Unexpected Surprise At The Airport

In a forum hosted by the New York Times today, Canadian Prime Minister Justin Trudeau tried his best to be diplomatic in questions about his U.S. counterpart, President Trump. (Highlights below.)

Still, when making the case that their relationship was not all that different from previous cross-border alliances, Trudeau used a predecessor’s analogy to describe his relationship with America’s president as “sleeping beside an elephant.”

“No matter how even-tempered the beast, you’re affected by every twitch and grunt.”

When the conversation turned to Twitter, Trudeau could not help making Trump look a bit foolish. The Prime Minister called Trump’s tweets “a new wrinkle in international diplomacy,” drawing laughs from the crowd. He went on to stress the importance of deciphering the seriousness and meaning of the tweets “without reacting to a similar level” as the president.”

As a follow-up, Trudeau was asked if he is “in bed, like the rest of us, looking at Twitter at night?”

Trudeau replied by inadvertently comparing himself to Trump. “No, I tend to focus on the things I need to do, on my job.”

The audience laughed. Trudeau smiled a little uncomfortably it seemed, not having intended to insult the president. He had forgotten momentarily that describing the adult behavior of a foreign leader makes Trump look ridiculous by comparison.

He clarified, “If I get woken up at night, it better be for something more important than a tweet.” The audience laughed harder. “By anyone!” he insisted, but they kept laughing.

The Prime Minister turned back to the interviewer to move on to the next question. If the task was not making Trump look ridiculous, he simply was not up to it.

Excerpts are below, and the entire hour-long video can be viewed here.