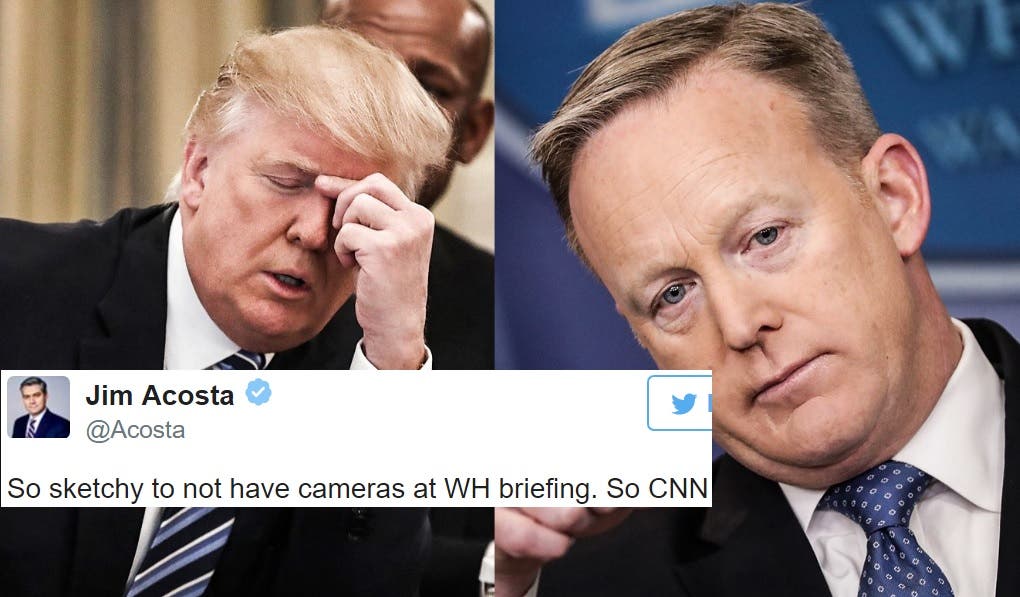 Mike Pence Was Just Greeted In Colorado With An Unpleasant Surprise

President Trump’s White House, desperately trying to minimize the amount of negative media coverage receive while pretending everything is business as usual, has banned the White House press corps from filming their daily briefings.

Tired of being skewered on the blogosphere and seeing Sean Spicer’s blustering gaffes replayed over and over again on mainstream cable news, the White House has instead gone to audio only “gaggles” without any images, with audio only released after the event.

The media team at CNN, however, has come up with a hilarious way to troll Sean Spicer and Sarah Huckabee Sanders. They’ve brought a sketch artist to illustrate the briefings.

So sketchy to not have cameras at WH briefing. So CNN sent sketch artist to capture the moment. pic.twitter.com/tNAoDHkozj

It’s the perfect way to illustrate the ridiculousness of the White House’s relationship with the media, which has recently spawned such headlines as “White House Warns Reporters Not to Report on Instructions About Not Reporting on Thursday’s Press Conference.”

No matter how hard they try to dodge accountability, the free press will find a way to bring Americans the truth.

was not a supporter of the idea of a courtroom sketch artist in the white house briefing room but this is pretty good tbh pic.twitter.com/XHeVrhkZN3