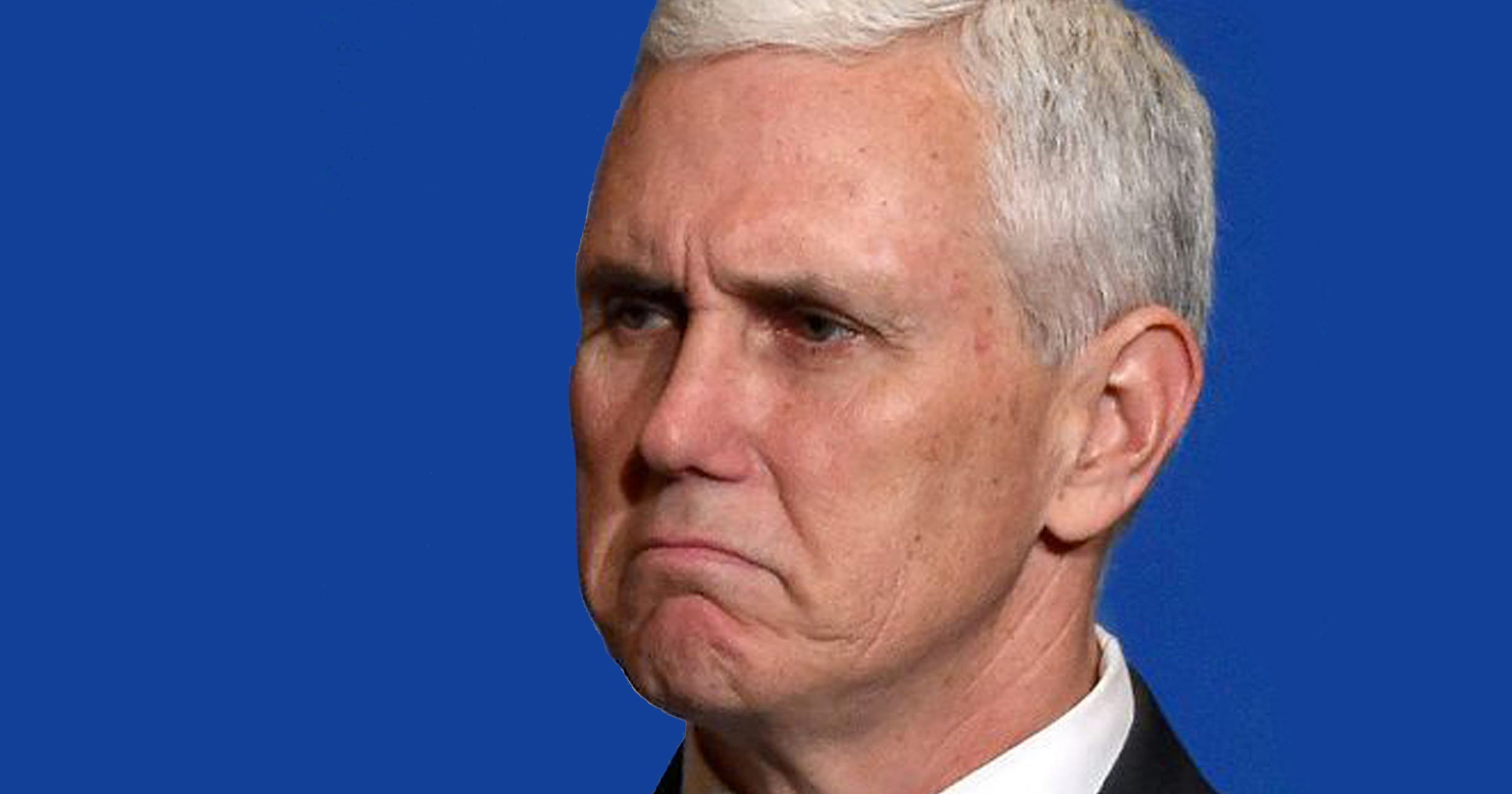 While President Trump is guided by no political ideology but the pursuit of personal victories, Vice President Pence is a deveoted old school conservative — not 1950’s suburbia old school, 1690’s Salem old school.

Pence — the anti-choice, anti-gay, anti-woman former Indiana Governor — made headlines recently for saying he will not allow himself to be in a room alone with a woman besides his wife. Though this may have caused sighs of relief from women around the country, it also presents a precarious challenge for any woman who has ambitions in the Office of the Vice President if the boss refuses to be alone with her.

For a handful of clever Colorado women, however, they found a great way to call attention to Pence’s misogyny. (Images below.)

The Colorado women found inspiration in Margaret Atwood’s best-selling novel turned hit Hulu series, welcoming Pence to Colorado dressed in the garb of Margaret Atwood’s The Handmaid’s Tale. The story of a dystopian future in which women are brutalized by a male regime that forbids their reading and has reduced females to property.

Calling attention to the similarities between the fictional authoritarian regime and the bigotry-fueled aspirations of the current presidency, the women took to the streets in the show’s red frocks and white hoods in advance of Pence’s speech to Focus on the Family, an extreme right-wing group that has popularized many of the Vice President’s more oppressive positions limiting the rights groups that are commonly discriminated against.

“It’s a way of showing that Focus on the Family and Mike Pence stand for very restrictive, ‘traditional’ gender roles, opposition to choice for women and anti-LGBTQ positions,” Unite Colorado Springs’ Ryan Barry told The Denver Post, calling the group a “backwards organization that’s promoting stuff that’s far beyond what most of us would consider applicable for modern society.”

The Handmaid’s Tale is a dark, disturbing literary work that, as these women remind us, hits uncomfortably close to home in Trump and Pence’s America.

Images of the demonstration are below. Protesters gather dressed as Handmaids to protest VP Pence and Focus on the Family on Friday, June 23. #penceCOS @csgazette pic.twitter.com/KKPGW17Qe0