Mike Pence Just Gave The Most Shameful Speech About TrumpCare

Some supremely embarrassing pictures of President Trump playing tennis in tiny shorts has prompted an outpouring mocking on social media.

World-famous pop star Cher summed everything up quite nicely with this tweet: 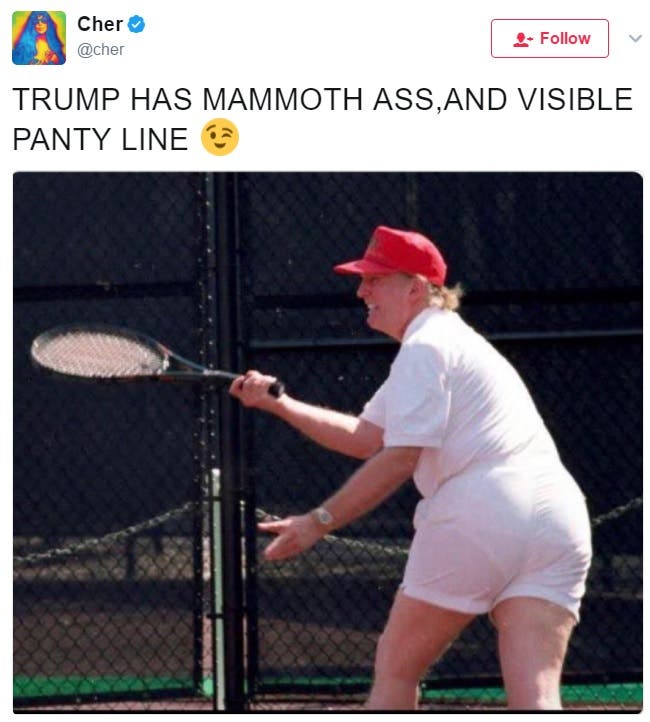 Is it enormously petty to ass-shame an old man?

Perhaps, but if anyone deserves it, it’s Donald Trump. If you’ll recall, Trump once called a press conference to shame former Miss Universe winner Alicia Machado for gaining a couple pounds. He has a long history of mocking and shaming women for their weight while he himself is a heart attack waiting to happen.

Here are some of Twitter’s best responses:

I made a friendly psychedelic octopus out of Trump's big tennis ass pic.twitter.com/SBEfuFb6e3