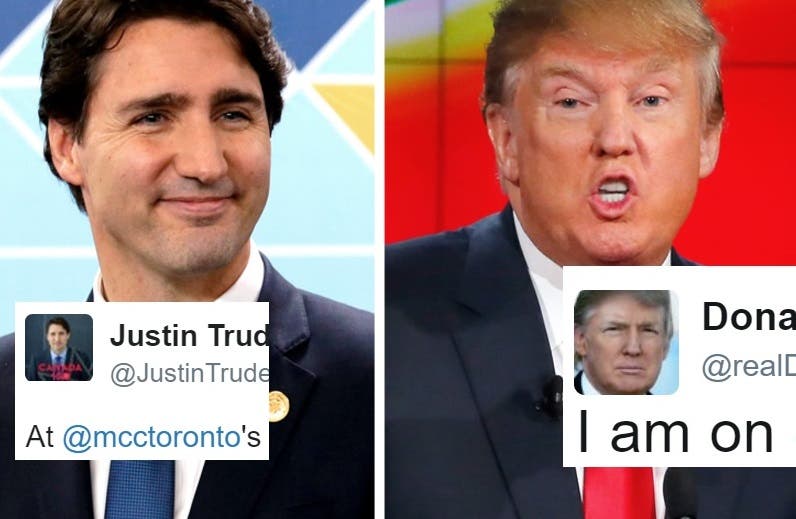 Today is the last Sunday of the month of June, and the last day of LGBT Pride parades for 2017. The way this important day was marked by the President of the United States and the Prime Minister of Canada says volumes about their character and their leadership styles.

Prime Minister Trudeau attended a Faith + Pride service this morning before joining the parade, where he gave a moving statement about celebrating the multiple layers of identity that make Canada strong: At @mcctoronto's Faith + Pride service this morning – thanks to Reverend Hawkes for an inspiring service & all the best in your retirement. pic.twitter.com/c1tUvSGVRX

President Trump, whose administration has not yet said anything to acknowledge LGBT Pride month at all, spent his Sunday by making an appearance on FOX & Friends, where he was babied and given ridiculous statements to respond to that were so asinine they don’t even count as “questions:”

The questions from the Fox and Friends exclusive with Trump are so soft I want to put them in a pillowcase. pic.twitter.com/AKnTHV7rvo

Then President Trump went golfing, for the second day in a row. It’s the 31st day he’s spent on the golf course since taking office.

My dad went golfing today at Trump's northern Va club and the president asked if he could play through. pic.twitter.com/jUlfYVLkzV

Trump has demonstrated once again that he has no intention of representing the interests of America’s LGBT populations. While Trudeau is marching for equality, Trump went on FOX News to talk about himself.