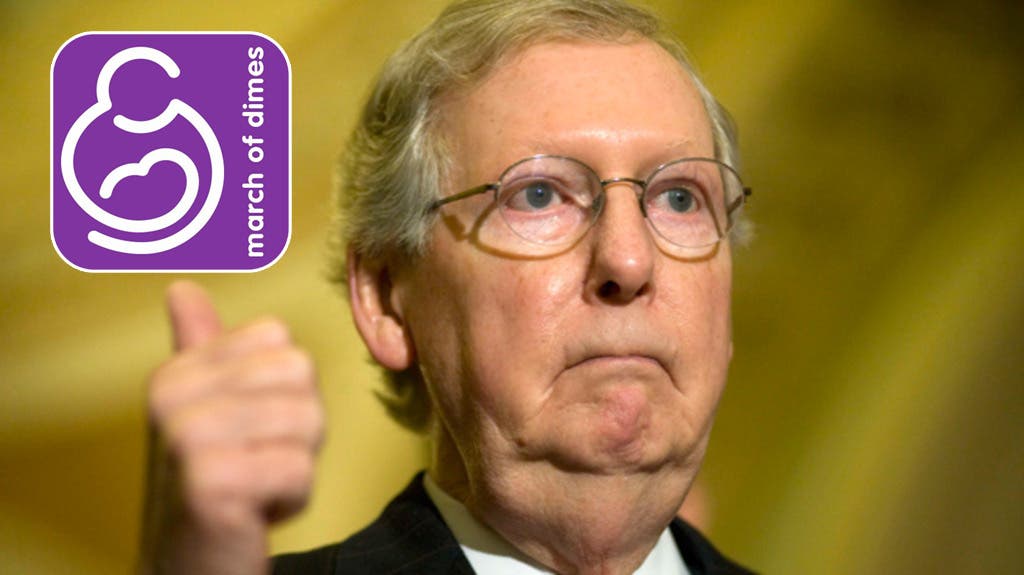 The Republican from Kentucky had just released his secretive TrumpCare plan, and it was quickly ascertained that the bill will take a meat cleaver to Medicaid and other publicly funded healthcare programs.  At least $880 billion will be cut from Medicaid affecting 75 million people, and a full 23 million Americans will lose their healthcare altogether over the next 10 years.

“My mother was, of course, like many mothers of young polio victims, perplexed about what to do, anxious about whether I would be disabled for the rest of my life” he admitted in a 2005 interview.

Luckily, about 50 miles from his home, the March of Dimes funded a polio treatment center.

In fact, it’s only because of the generous support of the March of Dimes, a charity started by President Franklin Roosevelt, that Sen. McConnell is even alive today to advance a bill that will deny millions of children similar life-saving medical care.

Well, the March of Dimes was willing to give Sen. McConnell the benefit of the doubt.  They asked to meet with him to discuss their opposition to the bill and see if they could change his mind, or at least hear from the horse’s mouth how he justified the crippling cuts his plan would impose.

Apparently, the Senator was too busy.

We’ve known for months that Republicans were shameless hypocrites determined to roll back anything with Obama’s name on it, no matter how many Americans are affected.  Now it appears they are cowards, too.