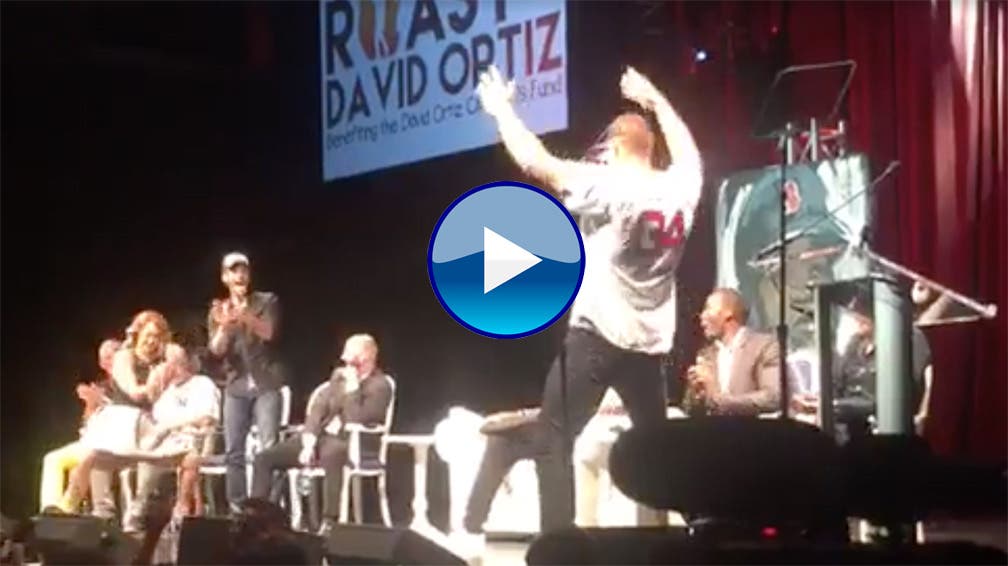 The Group That Funded McConnell’s Polio Treatment Asked For A Meeting. His Response Is Disgusting

Yes, it was a roast, not a eulogy.  Yes, it’s a football player, not a politician or a religious leader.  And yet, there was something about Rob Gronkowski’s routine that just feels like it went too far.

The New England Patriot tight end, celebrated as much for his talent and passion on the field as he is for his lovable, meat-head personality off of it, participated in last night’s roast of former Boston Red Sox great David ‘Big Papi’ Ortiz.

As is the tradition for these celebrity roasts, ‘Gronk’ – as he’s affectionately known – took the mic and started out by cracking crude jokes at the expense of his fellow roasters.   Things went south almost immediately.

Jew jokes, Black Jokes, and racist impersonations in both substance and style were all on order.  Gronk snuck in cracks at Muslims and Hispanics, too.  Even good ole misogyny made an appearance when he panned comedian Sarah Tiana.

Here are some of the highlights.

On actor Anthony Matthews, who played The Falcon in Captain America Civil War:

“The superhero, The Falcon, that’s the Black guy, who can even fly when he’s not being chased by the cops. That’s a real super power.”

Taking a swipe at a jewish roaster:

“You wanna know why Jews do play football? To get their quarter back!”

“Sarah, I’m not sure if you’re really a slut, but it’s been fun watching you take a pounding from eight guys.”

“Look at those eye brows. They come from five to seven of the countries on Trump’s travel ban list.”

Again, we get it.  It’s a roast.  Being crude and low-brow is what these events are all about.  And Gronk took as good as he gave, too.  We’re not calling for a boycott or demanding the President condemn him.  Nothing like that.

Still, we’re not sure appearing at a roast comes with a pass to tell racist and sexist jokes, even if they are childish and not very funny.  Plus, it all just seems a little off-putting coming from a high profile member of the Super Bowl champion New England Patriots, the team that happens to be President Trump’s favorite, received an invitation to the White House, and whose owner counts Trump as a close friend.

Then again, should we expect anyone associated with anything Trump likes to act any differently?  If the White House were to issue a statement, we bet they’d simply chalk it up to more “locker room talk,” which, as we know, is an excuse for almost anything.

You can see the whole video for yourself below.