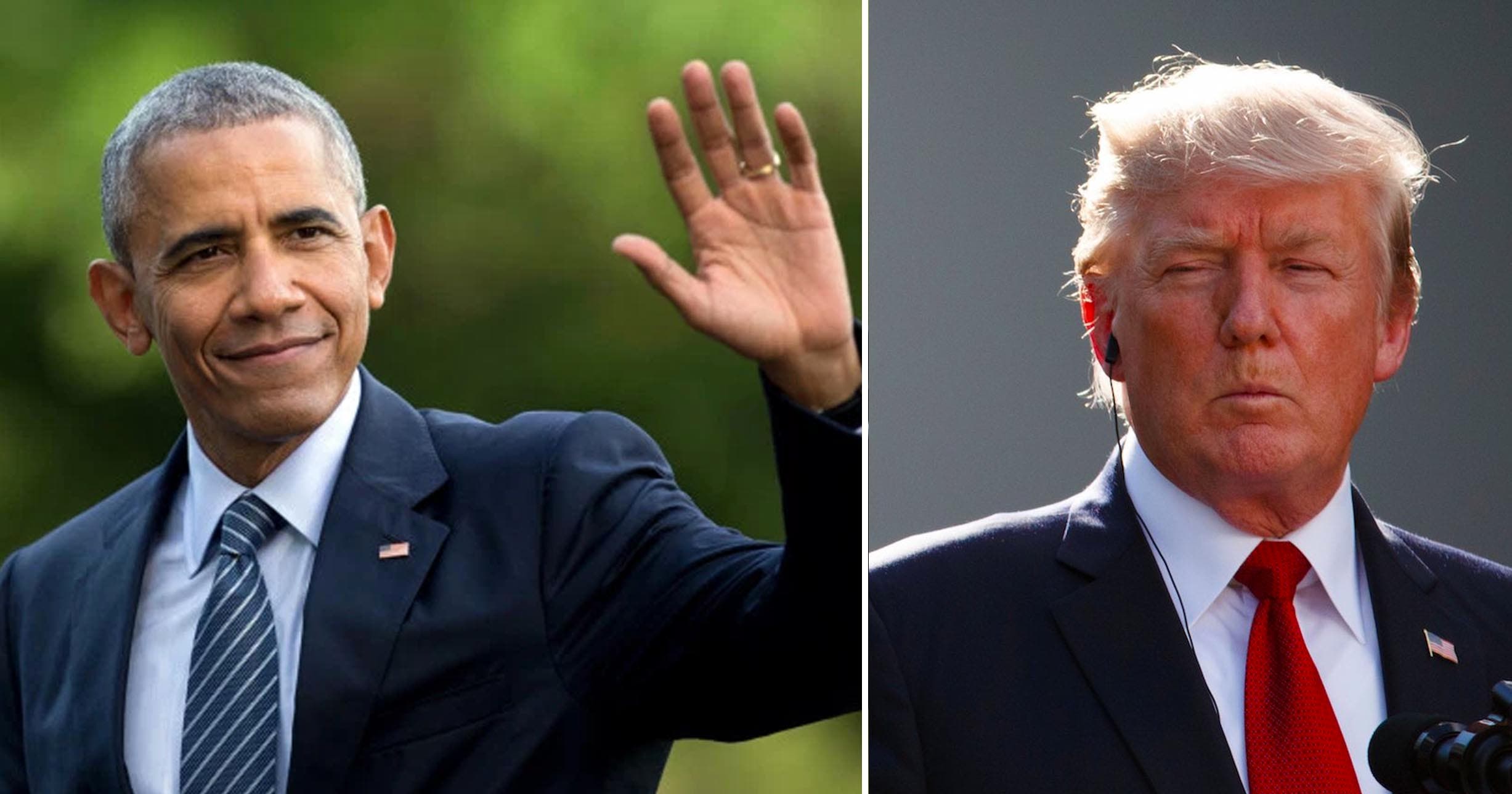 When President Barack Obama left office, nearly two-thirds of the planet expressed confidence in the Commander-in-Chief’s leadership and held positive views of the United States.

Oh what a difference five-months can make.

According to a new Pew poll of residents in 37 countries, Obama’s net worldwide approval of +41 has quickly plummeted to a net -52 for President Trump, with just 22% expressing confidence in the new “leader” — an astounding 93-point swing. Meanwhile the positive view of the United States as a whole has suffered relatively minor losses, dropping from 64% to 49% — a swing of 28 points. 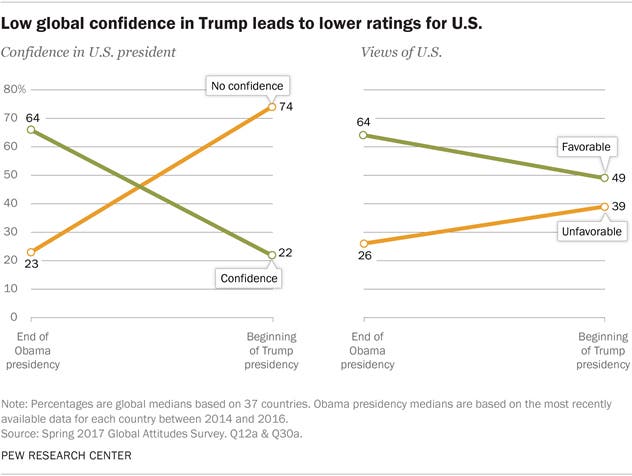 More disturbing than the dramatic overall decline in confidence is the main sources for the decline. With the exception of Israel, which showed a 7-point improvement in its view of the president, the most pronounced loss of confidence comes from America’s closest allies.

Confidence in the President dropped by 50-75% in Germany, South Korea, France, Canada, the UK, Australia, and Japan in the transition from Obama to Trump. Unsurprisingly, the only country with significantly more confidence in Trump is Russia (+42). 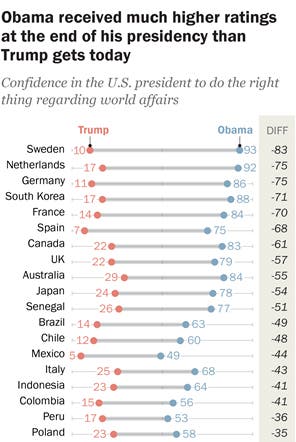 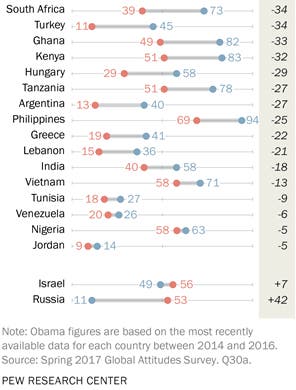 Pew reports that the lack of confidence in Trump “is influenced by reactions to both his policies and his character.”

His call for a wall along the Mexican border and decision to withdraw the U.S. from the Paris climate deal were met with widespread opposition. So too is his character, which Pew says is viewed as “arrogant, intolerant and even dangerous.”

While some will undoubtedly dismiss the global poll as insignificant, the real-world implications are terrifying. As the United States looks for global cooperation, we will have to seek it from foreign leaders who are answerable to electorates that detest our Commander-in-Chief.

For the first time, thanks to Donald Trump, having the back of the United States of America has become a serious political liability in most of the free world.