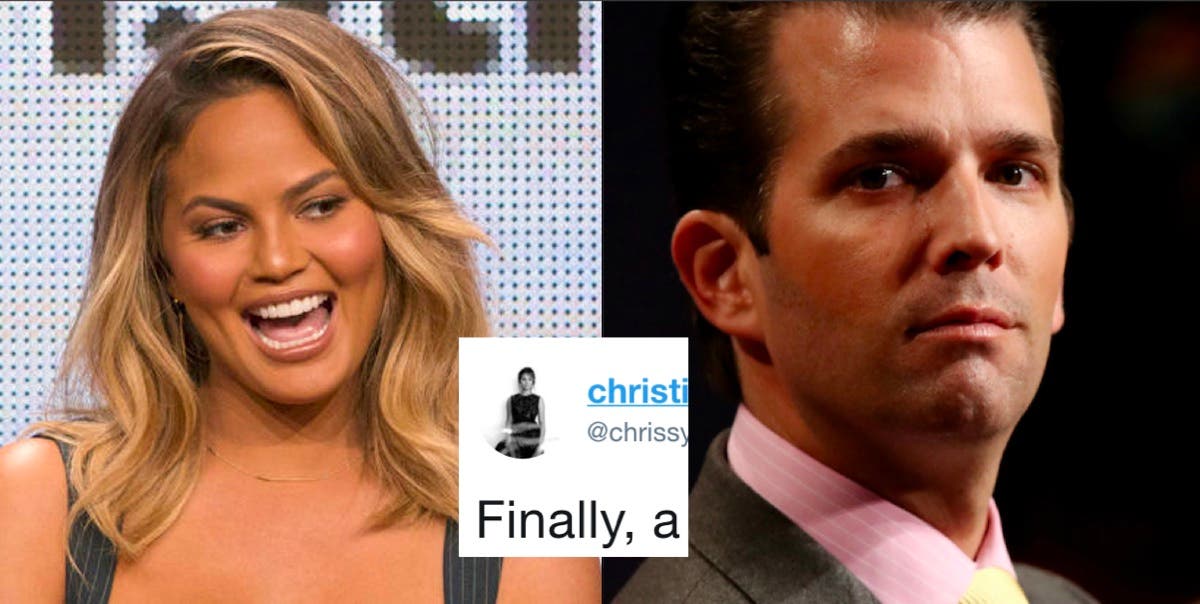 There are sinking ships. And then there are ships screeching towards the depths of the Mariana Trench in a nosedive so fast that their very atomic structure dissolves faster than the eye can see.

The Trump administration can proudly claim itself as the latter maritime phenomenon after Trump Jr.’s release of emails today showing beyond a shadow of a doubt that he sought to collude with proxies of the Russian government to obtain dirt on Hillary Clinton.

As his son was engulfed in controversy, Donald Trump himself stayed unusually quiet, until he finally broke his silence through an intermediary to say, “My son is a high-quality person and I applaud his transparency.”

The phrasing is odd to say the least since “high-quality” is usually a phrase one would use to refer to a particularly well-kept Persian rug or perhaps an expensive glass of Pinot. Trump, never one to hesitate to objectify everyone around him, has damned his son with faint praise.

Now, popular model and celebrity Chrissy Teigen has taken to Twitter to mock Trump. Today, she changed her bio to the following:

Teagan has also trolled Trump in the past:

There is something distinctly funny about Trump’s cold demeanor towards his bumbling, corrupt progeny. If things continue to spiral out as expected, and the regime totally collapses, the American people will be the ones getting the last laugh.