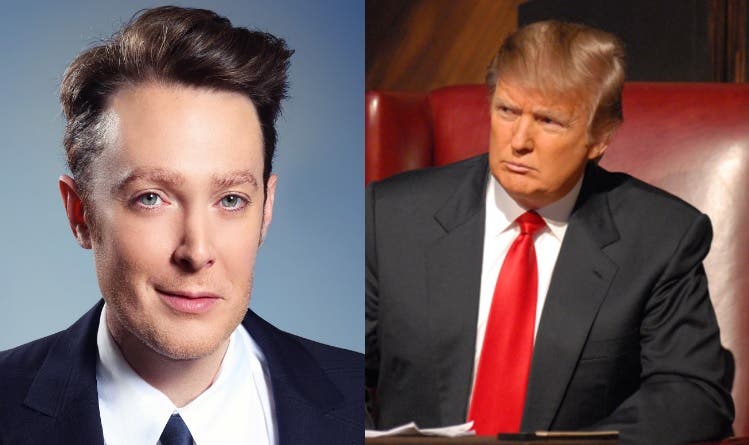 In the wake of this morning’s shocking revelations about Donald Trump Jr.’s secret attempts to collude with the Russian Federation comes yet another Trump scandal.

While this one has no real consequences for the nation, it’s another stunning look into how the entire public persona of Donald Trump is nothing but an act.

Donald Trump became a household name in the United States for his role as the host of the Apprentice and for his trademark firing of unsatisfactory candidates – but a former contestant just revealed that Trump didn’t even get to decide who got fired.

“Trump didn’t decide who got fired on ‘Apprentice,’ I mean, NBC made those decisions. There used to be a little thing right on his desk that looked like a phone — he pretended it was a phone — but it was actually a teleprompter where the producers were sending him notes.

He didn’t know that people were getting in fights during the week while we were doing these tasks, the producers did. And they’d send him notes and he’d say, ‘Oh you two didn’t get along. It was very much, ‘I’m not a doctor, but I play one on TV.

I’m not saying this to be incendiary. but Donald Trump isn’t the businessman that people believe he is because we saw him on TV playing the ‘Apprentice.'”

It’s pretty clear at this point that Donald Trump isn’t a businessman, he just plays one on TV. Trump hasn’t made a single “deal” as President that has actually accomplished anything beyond throwing our taxpayer dollars at corporations only for them to move jobs to Mexico anyway, and since taking office has still not shown any indication he’s capable of grasping basic economics, riding the strong economy that President Obama left him and claiming it as his own.

Aiken goes on to confirm as much, saying that Trump definitely has no idea what he’s doing:

“I think to myself, the man as president definitely has a teleprompter sitting on his desk right now with people telling him, ‘Well such and such is in the healthcare bill, don’t say this.’ I feel like half the time his teleprompter has broken down as president and he doesn’t know what’s going on.”

Aiken’s comments are disturbing because a significant portion of Trump’s supporters voted for him because they thought he was the businessman he appeared to be on TV.

Hoodwinked by a fantasy concocted by television producers, they now are enthralled by a similar fantasy of a competent president concocted by the producers at FOX News and by dangerous white supremacist ideologues like Steve Bannon and Stephen Miller.