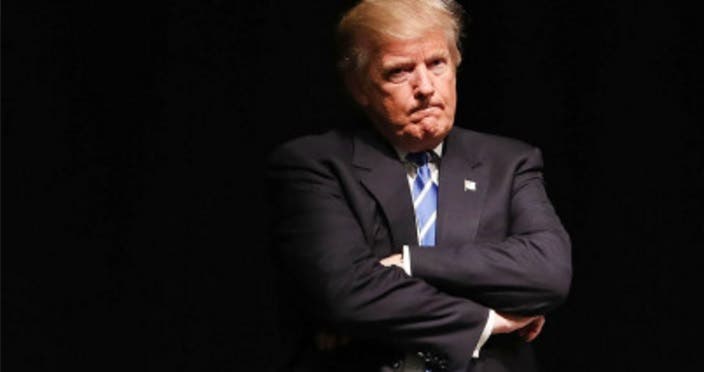 Trump & Melania Just Bailed On The Kennedy Center Honors. Their Response Is Priceless

In yet another blow to the campaign by right-wing racists to glorify the secessionists of the Confederacy and defend the statues that white supremacists erected during the Civil Rights era, the statue of Robert E. Lee at North Carolina’s Duke University has been removed after being vandalized in the night.

Shortly before dawn on Saturday, August 19, the statue of the Confederate arch-traitor was removed in secrecy and shame from the Chapel after it was discovered that his nose had been broken off.

“I took this course of action to protect Duke Chapel, to ensure the vital safety of students and community members who worship there, and above all to express the deep and abiding values of our university,” said Duke President Vincent Price in a statement.

Dean Luke Powery of the Duke Chapel is looking forward to filling the empty space with a statue more appropriate for today’s political climate, saying that the pedestal “in many ways represents a hole in the heart of the United States and the ongoing struggles of racism, hatred and bigotry – all the things we’re seeing in our streets. We haven’t come as far as perhaps we thought we had come as a nation.”

The removal Confederate statues have become a political flashpoint as white supremacists, neo-Nazis, and racists have seized on defending them as an excuse to march in the open and display their hatred for all to see.

The recent murder of a counter-protester in Charlottesville, North Carolina, during the “Unite The Right” rally, has prompted the preemptive removal of many Confederate statues.

The legacy of the Confederacy is one of treason in the defense of a morally repulsive system of institutionalized slavery and socioracial supremacy. Those statues should all be replaced with symbols of the civil rights eras and all the martyrs whose memory racist conservatives have tried to erase.