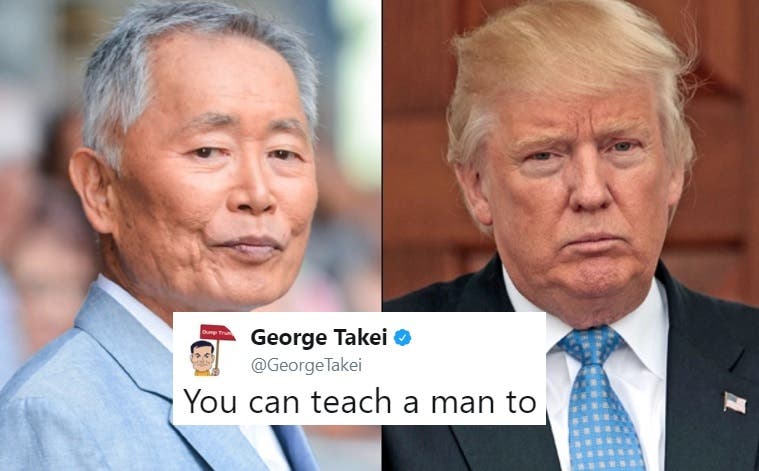 Trump was excoriated on Twitter today after it took him three attempts to spell the word “heal” correctly in his tweet about today’s massive showing of counter-protesters in Boston.

Takei saw the president’s valiant effort at 3rd-grade spelling exercises and couldn’t resist tweeting out his comment on the situation.

You can teach a man to hate, or you can teach him to spell, but apparently not both. pic.twitter.com/RqXOKPQpCG

So far Trump has been excelling at hatred, but failing at spelling. He’s not doing very good in the “works well with others” category either.