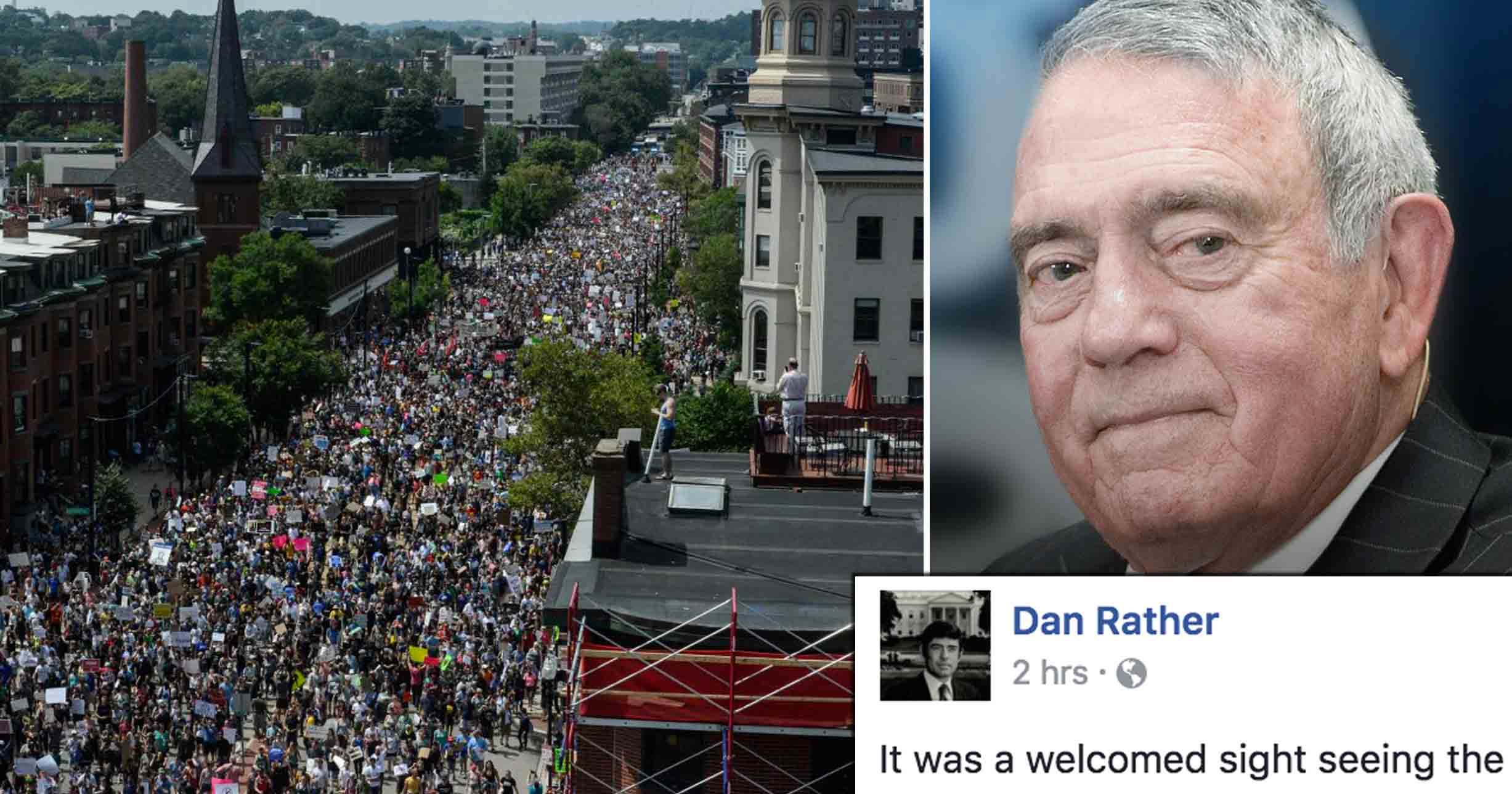 Yesterday, neo-Nazi white nationalists and the KKK descended on Boston in the name of President Trump’s so-called alt-right base in an attempt to repeat the vile scene they created in Charlottesville a week before. Boston was having none of it.

Legendary journalist and anchor Dan Rather watched thousands of peaceful, anti-racism protestors drown out the hate speech and calls for violence, and he saw reason for hope.

It was a welcomed sight seeing the tens of thousand of peaceful protesters gather in the streets of Boston yesterday to rally against hate.

So much of the news of late has been about the deep and persistent divisions in our nation, divisions stoked by presidential rhetoric that has sought to exacerbate wounds rather than try to heal them. The voices emanating from one of America’s most historic cities was a powerful response. Hate will not replace us, a great, inclusive, and diverse nation.

There is much anxiety about where our nation is heading, and for good reason. But we should not forget that the hatred, racism and antisemitism that has spilled so frighteningly into the open has been a constant force in our country. It is one that is no secret to many of our fellow citizens – likely many of you yourselves – who face it in words and actions every day.

Why this moment seems so fraught is we are being forced to confront our past, and present. We are re-learning the story of the Civil War, and the periods of racial terror that followed when many of these statues were erected. We are reminded about the horrors of the Nazis as we see swastikas unfurled in our communities.

America is realizing that it cannot sentimentalize its past, or excuse its bigotries, violence and hatreds. Nor can it ignore the challenges of the present. But the question lies in our future. Will this nation pick up the mantle of President Lincoln, President Roosevelt, Dr. Martin Luther King, Jr and all the countless men and women over the course of our history who have pushed, prodded, exalted, shamed and willed this nation on a path of greater justice?