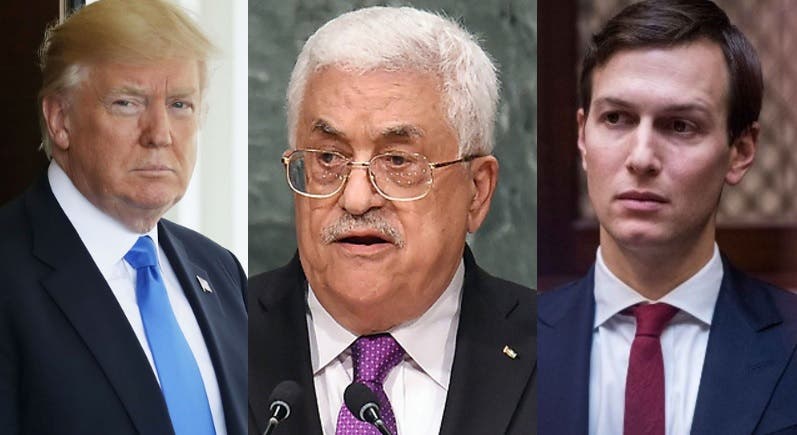 President “Dealmaker” Trump has casually suggested that his administration will be the one to finally broker a lasting peace between Israel and Palestine. “There is no reason there’s not peace between Israel and the Palestinians — none whatsoever” said Trump earlier this year, before dispatching his unqualified and incompetent failson-in-law Jared Kushner to Jerusalem, where he handed a list of Israeli demands to the Palestinian Authority, ordered them to comply, and called it “negotiations.”

Since then, American efforts to effect some kind of diplomatic progress in defusing tensions between Palestine and their Israeli occupiers have accomplished nothing but muddle the situation further. Offering two very different messages to Israeli and Palestinian officials, President Abbas of Palestine voiced his frustration with the Trump team in a recent meeting:

“I have met with Trump envoys about 20 times since the beginning of his term as president of the United States. Every time they repeatedly stressed to me how much they believe and are committed to a two-state solution and a halt to construction in the settlements. I have pleaded with them to say the same thing to Netanyahu, but they refrained. They said they would consider it but then they didn’t get back to me.

“I can’t understand how they are conducting themselves with us. Inside [Trump’s] country, there is chaos in the administration.”

The “two-state” solution imagines a peaceful conflict resolution by the establishment of an independent Palestinian state alongside Israel in Gaza and the West Bank.

Where exactly the boundaries would be established is a source of serious contention, as are Israel’s relentless efforts to complicate a two-state solution by constructing colonial settlements in Palestinian territory.

So it would appear we have a situation where Jared Kushner and the rest of of the unqualified idiots that Rex Tillerson has filled the State Department with is telling one thing to the Israelis and something else to the Palestinians.

Kushner and his team are returning to Jerusalem this Thursday after touring the region to renew discussions – but it’s hard to see how Kushner, who has demonstrated a consistent refusal to give the demands of Palestine the consideration they deserve, will accomplish anything but make a bad situation even worse.

All hail President “Deals,” whose “well-oiled machine” hires only “the best people.”