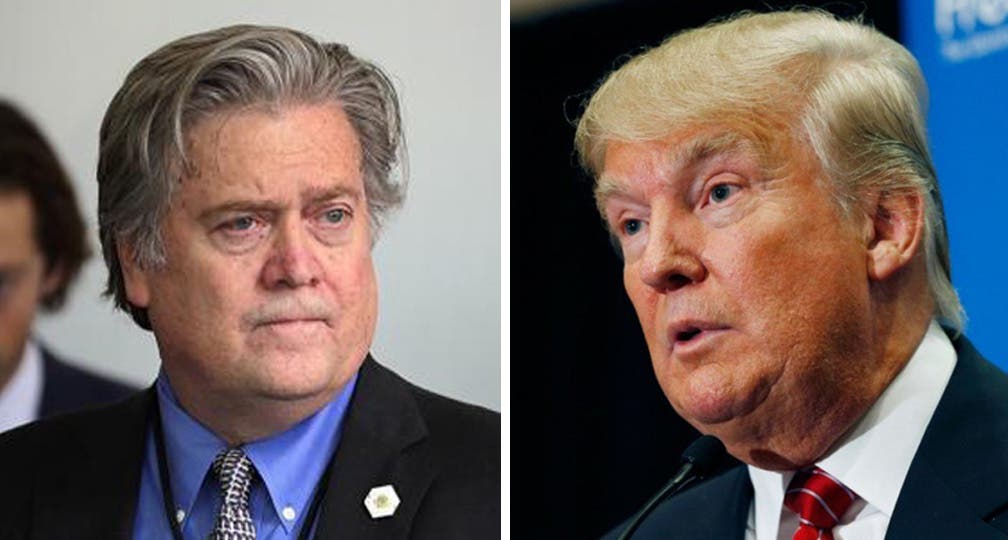 Shortly after taking office, the then newly minted White House Chief Strategist Stephen Bannon made his opinions of the mainstream media crystal clear.  They were the “opposition party,” he told the New York Times in late January.  He didn’t stop there.

“The media should be embarrassed and humiliated and keep its mouth shut and just listen for awhile,” he said. “The media here is the opposition party. They don’t understand this country. They still do not understand why Donald Trump is the president.”

Now, not 8 months later, Bannon is out.  But within hours of his unceremonious exit from the West Wing, he’s been making the rounds with those same “opposition party” mainstream media outlets, hat in hand, desperate trying to get his side of the story out and shape the events surrounding his departure.

The Washington Post published its in-depth interview with the controversial Bannon Saturday, and he made it clear that, while he may be gone, he has no intention to remain silent, even if it harms the President and his Republican allies in congress.

On the rift between the Republican Party and the White House following the spectacular failure of their ObamaCare repeal and replace legislation, Bannon told the Post:

“If the Republican Party on Capitol Hill gets behind the president on his plans and not theirs, it will all be sweetness and light, be one big happy family.”

On the feuds still being fought inside the West Wing, he said:

“No administration in history has been so divided among itself about the direction about where it should go.”

Bannon, according to the Post, added that “Trump’s base is frustrated by a congressional agenda that has dovetailed more with traditional Republican priorities than the agenda Trump championed.”

And on the state of the country, especially in the aftermath of Charlottesville, Bannon said:

This is a stunning, candid admission by Bannon, one he would not have made even a week ago.  Nor would he have accepted an interview with the “opposition party.” But desperate times call for desperate measures, and a desperate Bannon is dangerous for everyone, including and, perhaps especially, the President.