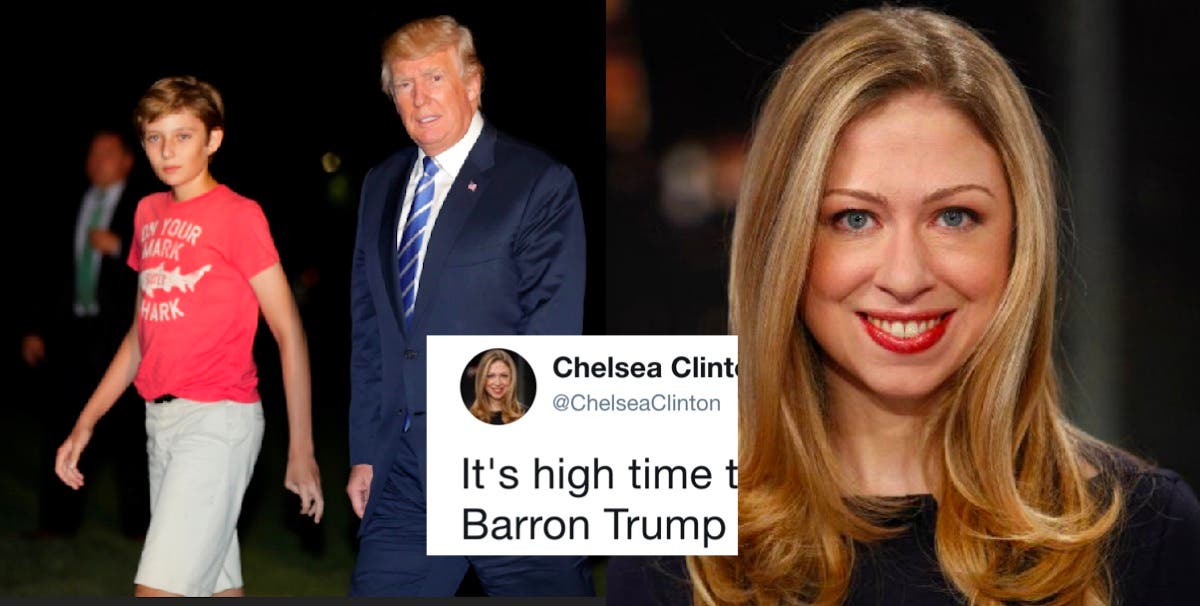 The Daily Caller, an infamous conservative website, published an article today attacking Barron Trump’s wardrobe. Why the publication would think running something entitled “It’s High Time Barron Trump Starts Dressing Like He’s In The White House” is reasonable or fair is anyone’s guess.

The incredibly petty opinion piece attacks the eleven-year-old child for dressing “like he was hopping on Air Force One for a trip to the movie theater.” In particular, the writer has a problem with Barron’s choice to wear “a t-shirt, khaki shorts and some suede loafers.”

It's high time the media & everyone leave Barron Trump alone & let him have the private childhood he deserves https://t.co/Wxq51TvgDX

Clinton, who knows firsthand what it’s like being a child in the public eye, should be applauded for her class. When was a single time a Republican defended the unfair attacks on President Obama’s daughters Sasha and Malia? Clinton speaking out just underlines the difference between Democrats and Republicans. The former party has a sense of propriety and will stick to their morals even if it means losing out on an opportunity to score cheap political points. The latter does not.

Barron Trump should be off limits. He’s a child, and he can’t be held accountable for his father’s actions. If you’re looking for one of Trump’s offspring to criticize, look no further than Ivanka or Donald Trump Jr. She has been complicit in her father’s constant misogyny, and he admitted to engaging in collusion with Russia to influence the election.