Republican Senator Just Got Asked If Trump Will Be Nominee In 2020. Her Response Is Telling

Today, Trump once again demonstrated his inability to follow even the most basic instructions. As people across the country used special glasses to view the solar eclipse, their elected leader decided to remove his and stare directly at the sun, risking severe ocular damage in the process. His action was met with widespread mockery.

Scientists: Don't look at the eclipse without special glasses

Tonight, Trump’s addressing the nation. Everyone should keep their eclipse glasses to protect eyes from the giant, orange ball of gas.

Literally every news outlet: Don't look directly into the sun during the eclipse.

Now, The New York Daily News is taking a shot at Trump with their new cover, using a pun to knock the president’s intelligence: 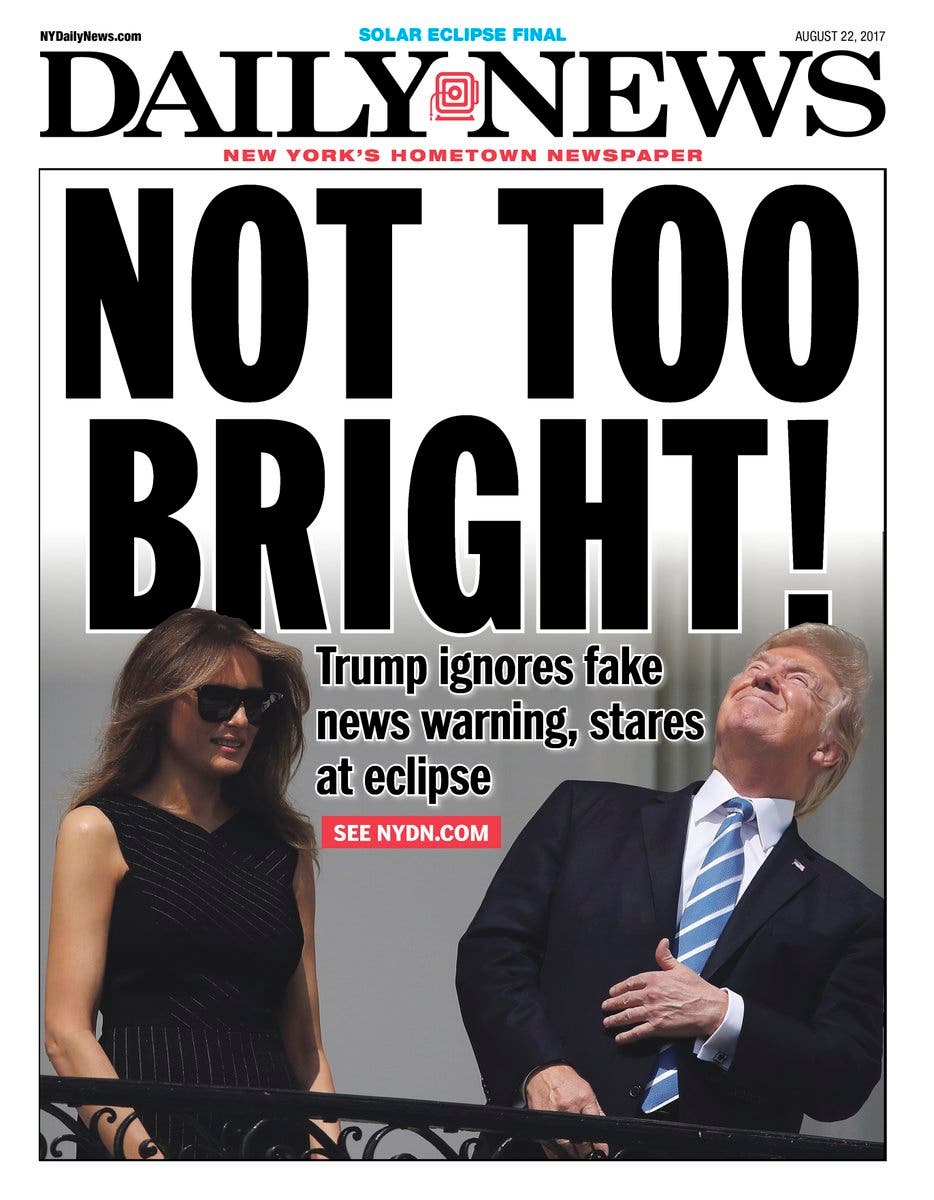 The newspaper has consistently trolled our incompetent president. His decision to reject science and look directly at the eclipse is indicative of the stubborn, ignorant man he is. A deep disdain for all manner of expertise and experience is deeply embedded in his administration, so his decision to ignore simple, good advice is hardly surprising.