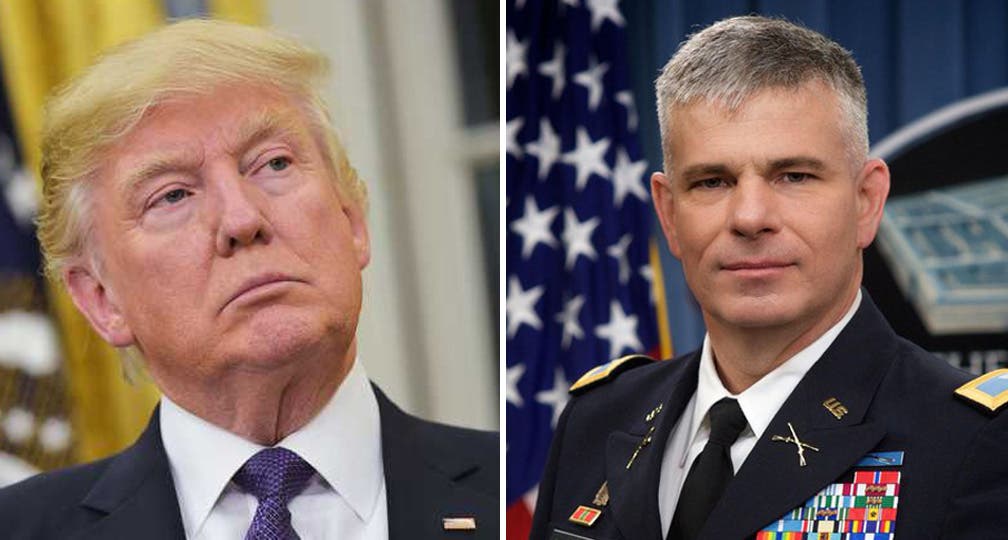 A popular spokesman for the U.S. Secretary of Defense,  Steve Warren – after being abruptly forced out a week ago – today joined CNN as a military analyst where he will be free to speak his mind and tell the truth about what is happening.

Trump may think he got rid of Warren, but that is going to backfire in the future as he brings his military expertise and straight-forward style to the global newsroom.

Warren certainly hasn’t been allowed to do that at the Pentagon since January 20th.

To understand how big a loss this is – and what a terrible situation this is for the American people who want a free press to have high-quality information – consider what has happened throughout our government this year.

A hallmark of the Trump administration is a terrible relationship with the media, starting from very top where even the most reputable news outlets like the New York Times and CBS News that don’t write stories from the peculiar point of view of the President  are scolded as “fake news.”

Under Trump, there is less transparency, tighter access, and fewer press conferences than under any federal government administration in generations.

And it is not only the White House. Taking a cue from Trump, the State Department under Rex Tillerson, the EPA, Treasury, Education, and every other department also have downgraded their media relations, cut the amount of information put out and made it more difficult to research information from the past to ensure accurate articles and reports.

The Pentagon is no exception.

Under James “Maddog” Mattis, there have been far fewer press briefings than there were under President Obama and most of his predecessors in the modern era, and there has been an ongoing effort to control what is said on every level.

It is not just the Secretary either. The chairman of the Joint Chiefs of Staff, General Joseph Dunford, has also kept an unusually low profile under Trump.

Army Colonel Steve Warren brought to his job years of working with reporters not just in Washington, but also from battlegrounds around the world like Iraq, where he was the U.S. spokesman for the armed forces fighting Isis.

With a blunt-speaking style and a lively sense of humor, Warren was popular with the press but not always with his bosses. When he served as the chief military spokesman in Baghdad, according to Foreign Policy, “his straight talking caused friction with the previous White House, and rubbed some Pentagon officials the wrong way.”

The Obama administration did not like using the word “combat,” but after a Delta Force soldier was killed in 2015, Warren was plain spoken: “We’re in combat. That’swhy we all carry guns. That’s why we all get combat patches when we leave here. That’s why we all receive imminent danger pay. So, of course, it’s combat.”

Warren also expected reporters to be as professional as he was. Last year he scolded a Pentagon reporter who did not know the phonetic alphabet used by the military. “We spell it this way,” he lectured. “Quebec Alpha Yankee Yankee Aphas Romeo Alpha Hotel. If you don’t know your phonetic alphabet, you need to learn it, if you’re going to work in the Pentagon.”

Reporters covering the Pentagon in recent months have repeatedly appealed for more media events with Mattis, who has rarely held press conferences since taking office. The chairman of the Joint Chiefs of Staff, Gen. Joseph Dunford, has kept a low media profile as well.

Mattis does show up unannounced at times in the press room at the Pentagon, sending surprised reporters scrambling to find seats. He recently dropped in on the way back from picking up his dry cleaning and held an impromptu question and answer session.

Historically, reporters have had good relations with the Pentagon spokesman, both military and civilian, tend to be professionals, as opposed to the political appointees in other agencies who are always trying to spin the news in their favor.

Things aren’t run very smoothly. Recently, Mattis was going to the Middle East and reporters had to scramble to complete visas and make plans for days of international travel. Then four days before they were to leave, they were all disinvited with little or no explanation.

After a long career in the military, Warren retired earlier this year and was in the process of making the transition to a civilian position in the Pentagon. He had many other job offers but was going to stay with the Defense Department as a civilian senior media advisor, or so he thought.

Warren was put on what the Pentagon calls “terminal leave” until he started his new position in November.

Dana White, who worked at Fox News and for Senator John McCain, is now an assistant secretary of defense for public affairs. After Warren’s name was put forward as a political appointee, she said in an email to Stars & Stripes, “Warren became ineligible for the position due to White  House objections.”

“Unfortunately,” wrote White, “the White House determined he was not a suitable candidate for the position.”

He learned he was out about a week ago and his hiring was announced today by CNN.

“Warren,” reports The Hill, “who was best known as a candid, meticulous and affable head of the Pentagon’s press operations is seen as a natural fit for cable news.”

We may hear Warren lay it out for cable news viewers the way he has for Pentagon reporters. Last year he told some members of the media, “We do not want to destroy cities, that’s not our goal. We don’t want to harm civilians. That’s not our goal. So we’re going to do everything we can to ensure that doesn’t happen.”

“But at the end of the day,” added Warren, “we have to understand there is a reason they say ‘war is hell.'”

These days being a reporter covering the Trump administration is also a form of hell. Career reporters from major outlets have to sit idly at press briefings while Sean Spicer or his successor Sarah Huckabee Sanders picks obscure conservative outlets with tiny audiences to answer their questions.

It is as if the mad hatter is in charge of press relations across the Trump administration, where being honest is not as important as being on the side of those in power.

Warren is a straight shooter who should find a home on a network that tells it straight, no matter what Trump may claim. In fact, it is the way CNN works, to tell the truth, and put it in context, that clearly infuriates a president who wants everyone to publish his press releases and then leave him alone to do any dirty, nasty, underhanded trick that pops into his orange covered head.

So we salute CNN for hiring Warren and congratulate the Colonel for getting out alive.