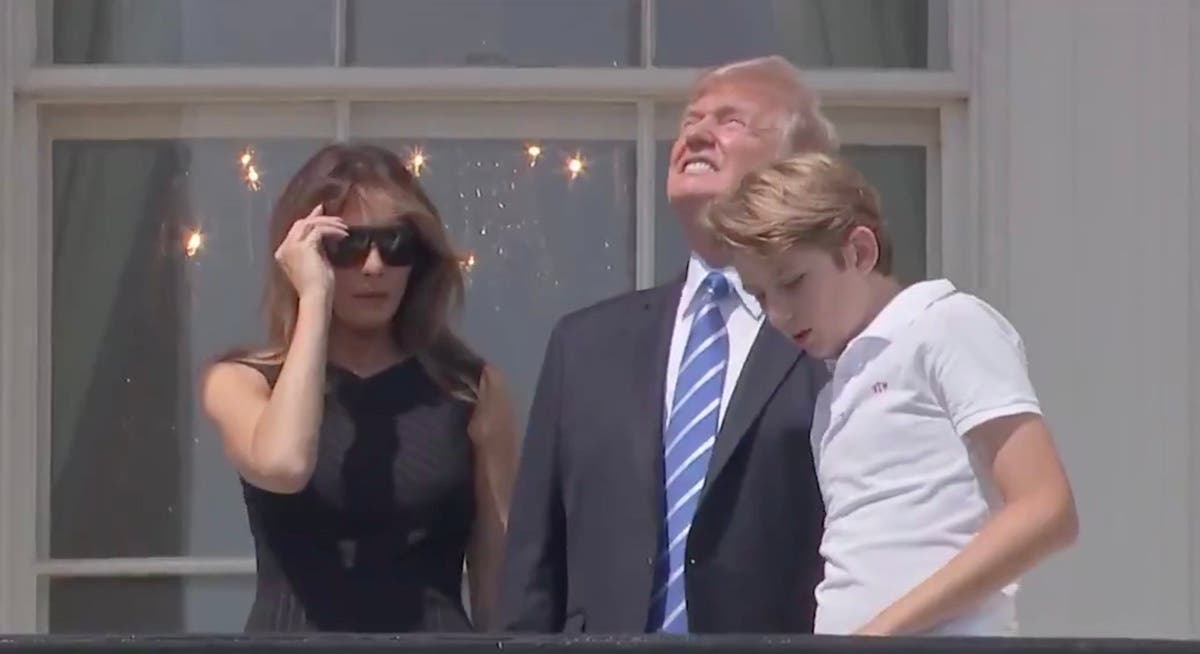 The total solar eclipse today captured the imaginations of Americans across the country, including the science-averse ignoramus currently squatting in 1600 Pennsylvania Avenue. Social media was alive with jokes about looking directly at the eclipse, which was strongly discouraged, due to the fact that it could cause irreparable eye damage.

So what does Trump do? He takes off his glasses and stares directly up, proving once again that he’s a petulant child who refuses to let others tell him what to do, even if it means risking bodily harm.

President Trump sneaks a peek at the #SolarEclipse2017 after taking off his protective glasses pic.twitter.com/sqhhV93LYF

Even a child, after being told, would be smart enough to not look directly at the sun during an eclipse. Unfortunately, the man elected to be the most powerful man in the world isn’t even capable of following basic instructions.