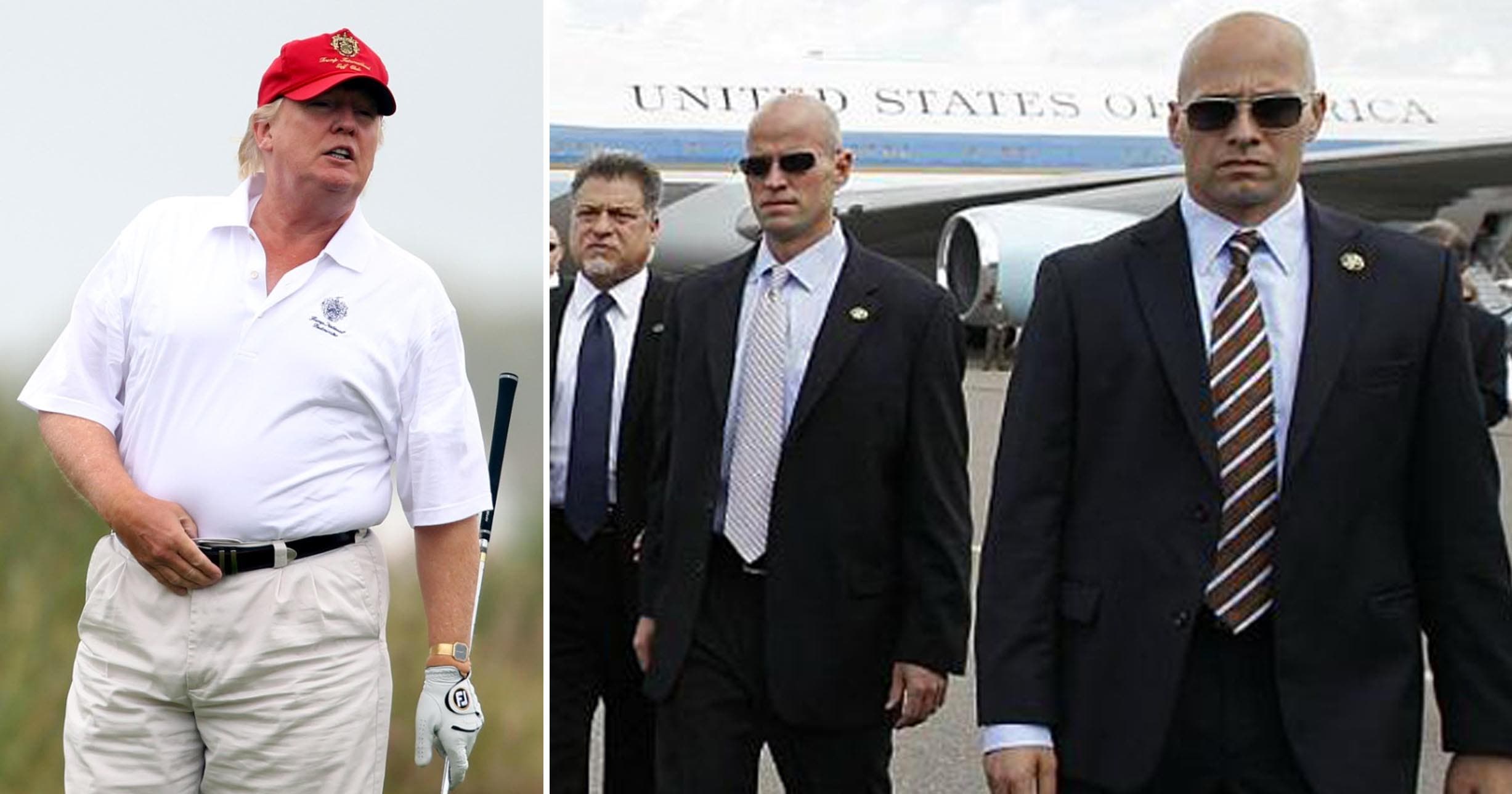 President Trump’s constant travel to his own properties and his vast family’s unmitigated globetrotting have forced America’s Secret Service into unlimited, involuntary overtime work without pay.

Congress set a pay cap of $160,000 per Secret Service agent per year, and thanks to Trump’s vacation schedule, most agents have reached that limit with summer not yet over. This president has broken vacationing records, already spending more in eight months in office than President Obama spent on travel in eight years — mostly tax dollars that has gone directly to his own properties.

A USA Today report details how Trump’s self-coddling decisions are forcing the men and women who protect him to work for free while he advertises Trump-brand golf courses around the country:

Secret Service Director Randolph “Tex” Alles, in an interview with USA TODAY, said more than 1,000 agents have already hit the federally mandated caps for salary and overtime allowances that were meant to last the entire year. “The president has a large family, and our responsibility is required in law,” Alles said. “I can’t change that. I have no flexibility.”

The agents who have reached their compensation limits this year represent about a third of the Secret Service workforce, which was pressed last year to secure both national political conventions in the midst of a rollicking campaign cycle.

Overwork and constant travel have also been driving a recent exodus from the Secret Service ranks, yet without congressional intervention to provide additional funding, Alles will not even be able to pay agents for the work they have already done.

Since his inauguration, Trump has taken seven trips to his estate in Mar-a-Lago, Fla., traveled to his Bedminster, N.J., golf club five times and returned to Trump Tower in Manhattan once.

Government service isn’t all about compensation, and Secret Service agents take an oath to keep performing their jobs without further pay once their compensation limits are met. However, that is leading to hiring difficulties as agents leave because of burnout from serving too many hours in a life-threatening job on the highest alert, without pay.

Attrition has become so extreme that the U.S. Secret Service – also in charge of policing money counterfeiting, forgery, fraud, and other crimes – that a hiring spree of 800 new agents has already dwindled to 300 after early resignations.

While Trump’s thirst for time off is consistent with a president consumed with serving his own whims and self-interest, these choices seem short-sighted to say the least. If compassion doesn’t drive Trump to treat his protection better, common sense should at least tell him that that the men and women charged with taking a bullet for him are the last people he’d want to treat as expendable.

But compassion and common sense are two qualities that have been on short supply in this White House since day-one.