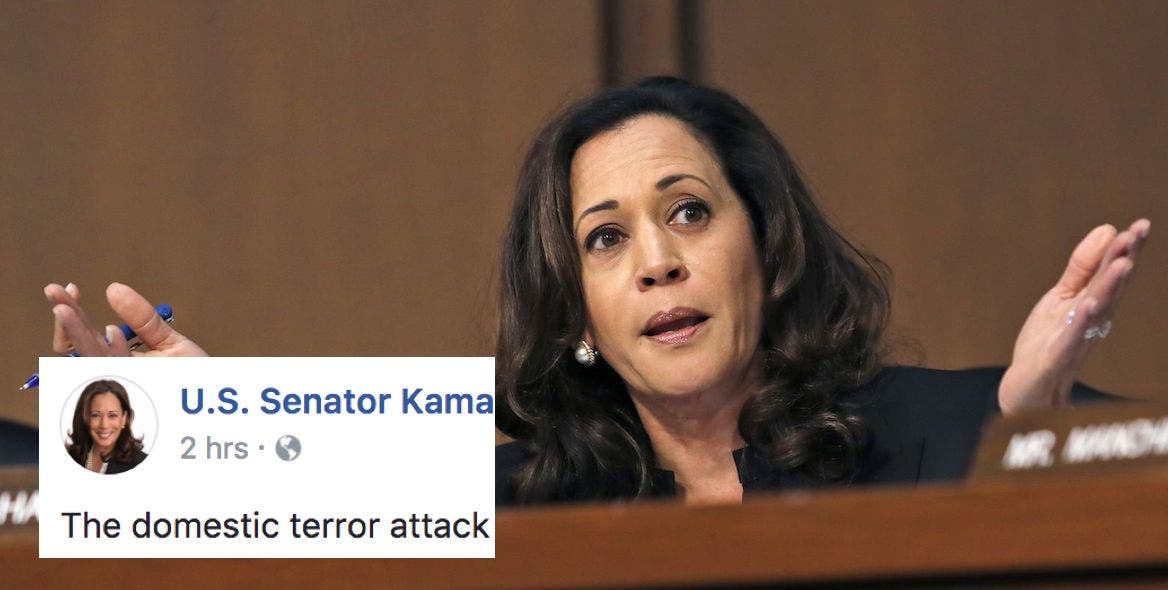 Senator Kamala Harris (D-CA) has quickly emerged as one of the Democratic Party’s rising stars. Rumors have already begun to swirl about a possible 2020 presidential bid, and her fiery denouncement and resistance of Donald Trump could prove to be just the kind of rhetoric Democrats need to win back the White House.

Today, Harris made a major announcement via Facebook about her efforts to fight the rising wave of white supremacy that Trumped has ushered in:

Harris is offering exactly the kind of leadership America needs right now. If our bigoted president refuses to denounce Neo-Nazis and white supremacists, it’s up to the rest of our elected officials to pick the slack. As the first Indian-American to be elected to the U.S. Senate, it’s a reasonable assumption that Harris has a unique perspective on the racism currently festering at the heart of this country.