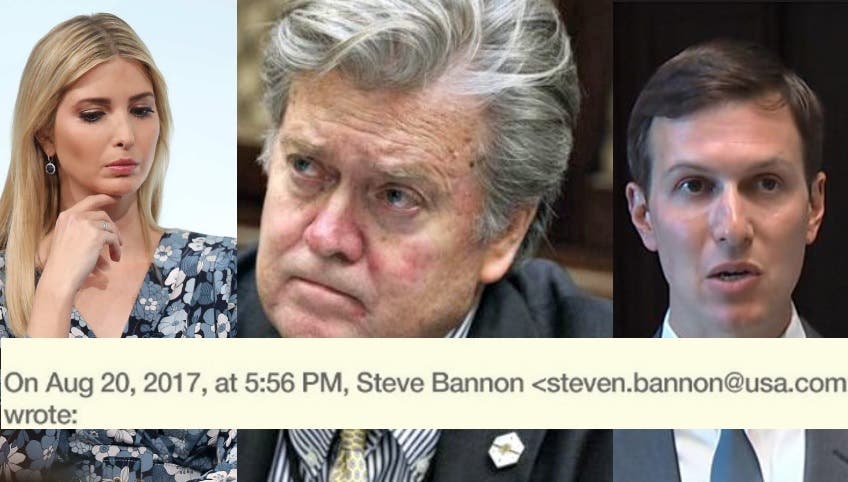 A Racist Woman Just Lost it, Tried To Place A Mexican Family Under Citizen’s Arrest (VIDEO)

The pranksters who have been making fools out of high-ranking Republican officials just hit their next target – the racist hacks who work at fascist hate-rag Breitbart.com.

Pretending to be former Breitbart editor-in-chief and recently fired White House Chief Strategist Steve Bannon, the pranksters emailed back and forth with top editors at Breitbart, getting them to promise to “oust” Ivanka Trump and Jared Kushner from the White House – as well as make some extremely salacious allegations against the First couples.

Courtesy of Twitter user @SINON_Reborn, here are the emails. Their contents match up the emails described in a CNN story on the pranks; their actual contents were apparently withheld to protect reader sensibilities. This same prankster convinced top White House officials a few months ago that he was one of their colleagues, which really just goes to show what a gullible bunch of idiots run the White House and the right-wing media machine.

When pressed for comment, Marlow stood by his remarks and remained defiant.

The obsession with Breitbart News is simply a result of our effectiveness. This time, an imposter deceitfully obtained and shared with CNN tongue-in-cheek emails that revealed that we feel Globalists present an existential threat to the agenda that got President Trump elected. If people want to know our thinking, they don’t need to judge us on illicitly obtained comments that were intended to be private, they can simply read our front page.

It appears that the far-right Breitbart is very serious about their declaration of war against Trump’s administration, feeling betrayed by Trump’s spurning of Bannon and his failure to uphold his campaign promises.

It just goes to show that deals with the devil never work out the way you think they will.