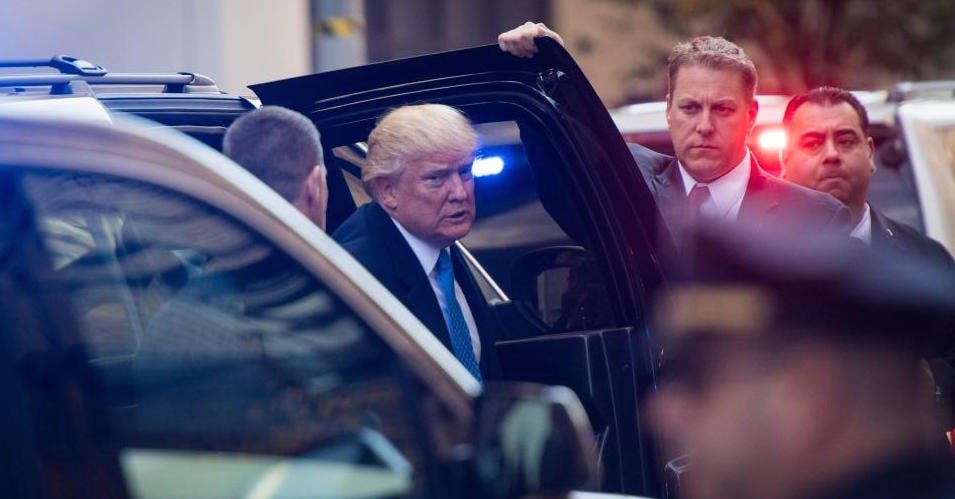 Ahead of Trump’s arrival in Phoenix, Arizona for yet another campaign-style rally, anti-Trump protestors have erected a 20-foot tall inflatable Trump float dressed in a white KKK robe holding a Klan hood.

The 20-feet tall inflatable Trump in white robe is up. #trumpphoenix @azcentral pic.twitter.com/20tHS7An9z

Trump’s float stands alongside former Sheriff Joe Arpaio clad in a striped prison jumpsuit. Trump was widely expected to pardon the controversial figure – who was found guilty of criminal contempt – at tonight’s rally before the White House confirmed that the President will not be doing so. The development does not stop Trump from pardoning him in the future. Arpaio will be sentenced on October 5th.

The mayor of Phoenix, Greg Stanton, had previously called for Trump to delay the rally, claiming that his presence in Phoenix would further fan the flames of unrest following Trump’s widely condemned response to the tragic events in Charlottesville. Rather than denounce the neo-Nazis and white supremacists in attendance, the President went so far as to blame “both sides” for the violence that left 32-year-old Heather Heyer dead when a deranged neo-Nazi plowed his car into a group of counterprotestors.

“I am disappointed that President Trump has chosen to hold a campaign rally as our nation is still healing from the tragic events in Charlottesville,” Stanton said. “It is my hope that more sound judgment prevails and that he delays his visit.”

Since his widely-criticized remarks, Trump has been likened to the white supremacists that he failed to adequately condemn. While the presence of an enormous Ku Klux Klan-clad Trump float may seem extreme, so is the prospect of an American president failing to condemn Nazis marching through the street. And he will rightfully be reminded of it everywhere he goes.