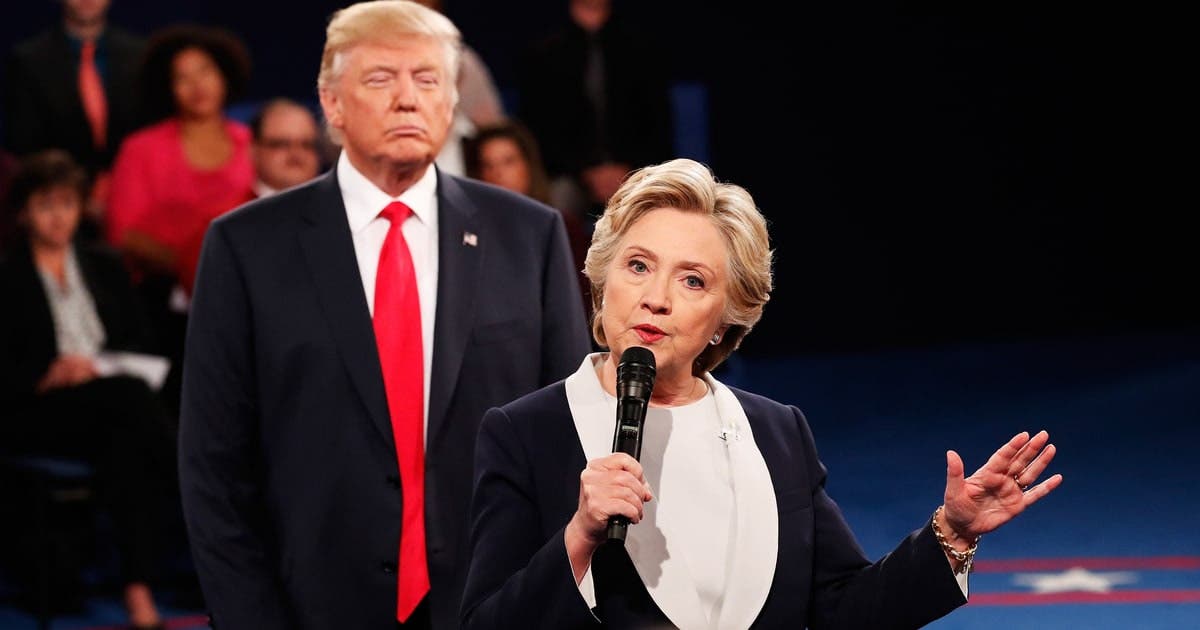 As day after disastrous day slides past in an America languishing beneath the shadow of the Trump regime, it’s impossible not to reflect on what could have been.

What if America had rejected misogyny, xenophobia, and misinformation and instead chosen to elect an accomplished former Secretary of State instead of a washed up reality television star? While it’s impossible to say for sure what a Clinton presidency would have looked like, it’s now equally impossible for any sane person to deny it would have been infinitely superior to the Trump one we’ve been saddled with.

Americans are filled with regrets and, not surprisingly, so is Hillary Clinton. In her upcoming book entitled What Happened, she reflects on whether she should have handled certain situations differently. In particular, she talks about the debate during which Trump kept looming behind her. MSNBC’s Morning Joe released the following excerpt:

“What would you do? Do you stay calm, keep smiling and carry on as if he weren’t repeatedly invading your space? Or do you turn, look him in the eye and say loudly and clearly ‘Back up, you creep. Get away from me. I know you love to intimidate women, but you can’t intimidate me, so back up,'” Clinton mused.

One such moment of Trump’s looming is pictured below: One can’t help but wish that Clinton had reacted in the fashion she described. It would have been a stunning moment, but if nothing else this election cycle showed just how ineffective traditional approaches and accepted propriety are against Trump. The serial sexual predator is indeed a creep and deserved to be called so in front of millions of Americans.

Clinton’s book will be released on September 12th.