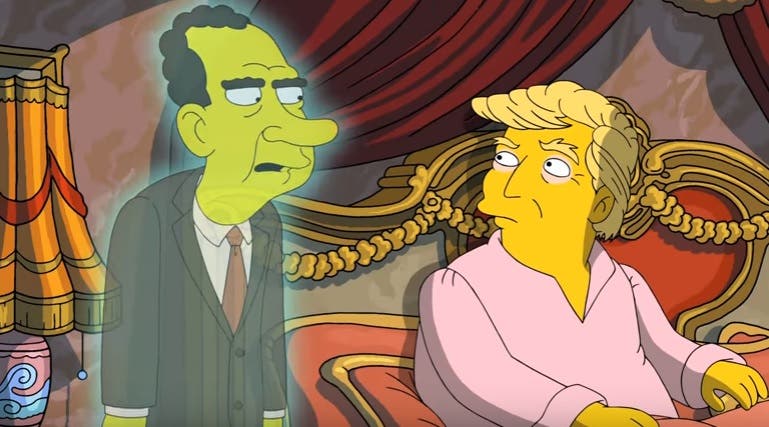 The Simpsons have been merciless in their mocking of Trump. The clueless president has served as a rich source of jokes for television’s longest running series, and today they released their latest Trump-themed promo.

In it, they delve into everything from the supposed secret recordings of former FBI Director James Comey to Jeff Sessions’s rampant racism. The video takes a swing at Kellyanne, Bannon, Kushner, Pence, Sessions, Comey, Trump and even the late Richard Nixon.

A closer look will also reveal a hilarious rendition of the famous Oval Office photo of Trump and Russian officials, as well as Trump’s infamous orb photo.

America may be in dire distress under Trump, but at least our best comedians are mining it for laughs.