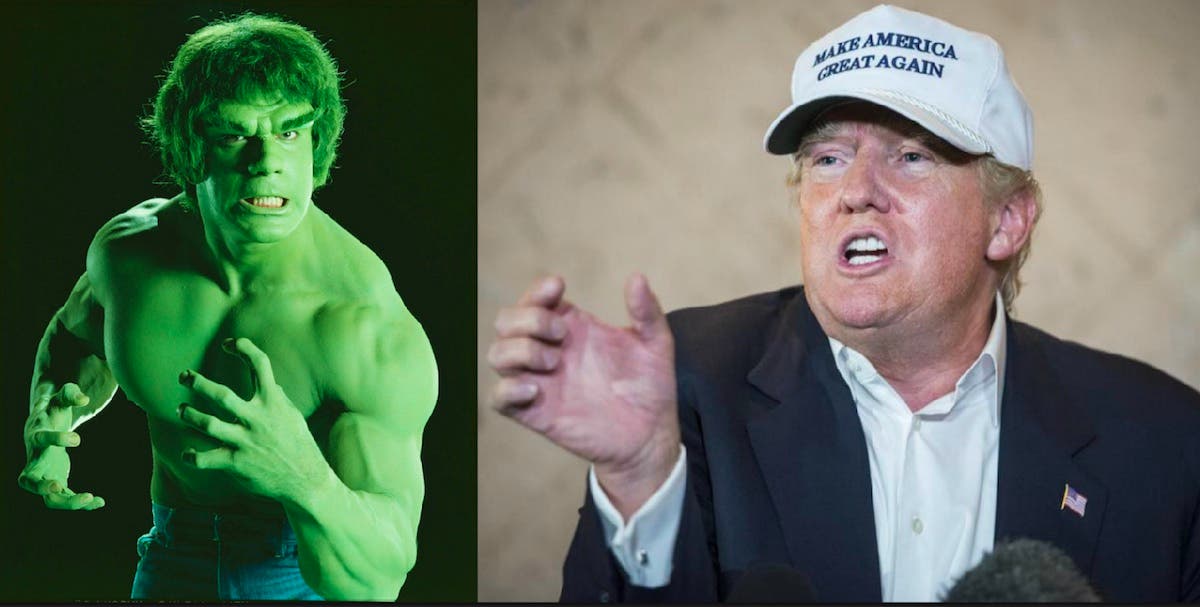 As the Trump regime hemorrhages more staff and supporters with each passing day, the erstwhile reality television star is forced to scrape the bottom of the discount barrel for replacements. Now it seems that another washed-up television star will be joining Trump’s coterie of white-supremacists, ignoramuses, and opportunists.

Lou Ferrigno, who used to play the Incredible Hulk on CBS, says he has been talking to Trump about possibly becoming the head of the President’s Council for Fitness, Sports, and Nutrition, the Daily Mail reports.

The future of American fitness pictured below: “I want to be the head of the president’s council for physical fitness and nutrition. So I’ve been corresponding with President Trump because I want to change America and make America healthy again. I’m a top choice for that. So we’ll see what happens, because I feel I’m the best candidate for that,” Ferrigno said.

“I wish Donald the best. He’s a fabulous guy. I hope he goes all the way. Donald, all he cares about is our country and keeping our country safe. That’s what it comes down to,” Ferrigno said to TMZ  in 2015.

If Ferrigno thinks Trump – an avowed sexual predator and racist – is a “fabulous guy” he clearly suffers from a severe lack of judgment. One is reminded of the old Groucho Marx quote: “I refuse to join any club that would have me as a member.” Anybody who is willing to work in Trump’s government has no place working in government. This country deserves better.