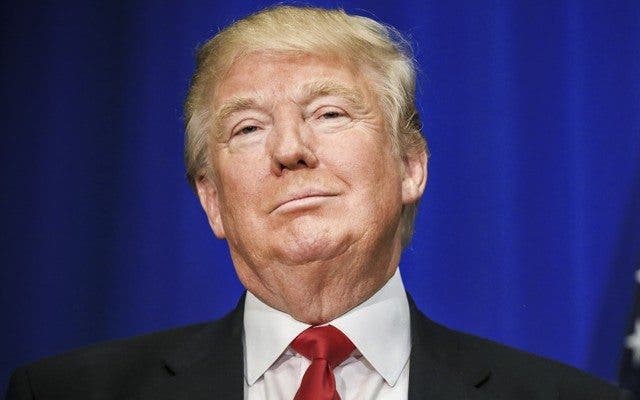 President Trump got a rude reminder today that his Russia-related troubles are far from over.  In fact, they could be heating back up.

Newsweek is reporting this afternoon that Glenn Simpson, the man whose firm oversaw the compilation of what came to be known as the “Pee-Tape Dossier,” may soon testify in public.

Simpson’s consultancy, Fusion GPS, contracted former British intelligence officer Christopher Steele to investigate Trump’s many Russian and Eastern European associates and past business deals.  Fusion expected him to return with run of the mill opposition research.  What Steele delivered was anything but run of the mill.

Steele’s dossier alleged that Trump colluded with Russian agents to undermine opponent Hillary Clinton in the 2016 election. It also included lurid claims that the Russian government possessed compromising material on Trump, including a video of him getting Russian prostitutes to urinate on a Moscow hotel room bed on which Barack and Michelle Obama once slept.

The dossier has cast a shadow over the entire Trump-Russia scandal.  U.S. intelligence agencies have known about the dossier since before President Trump took office, and it’s been reported that the FBI has been using the dossier as a road map for its own investigation into his campaign’s possible collusion with Russia to influence the 2016 election.

News of the dossier leaked to the media during the transition, and while everyone reported its existence, most outlets omitted the details of the seedy allegations contained in it.  Then Buzzfeed blew the walls off the story when they published a copy of it verbatim.

Many aspects of the sordid dossier have since been corroborated by reporting.  Much of it, however, remains unverified.  Simpson testified in closed door hearings before the Senate earlier this week, and his lawyers told reporters they were “proud of the work” contained in the dossier, and that Fusion “stands by it.”

Now there’s a push from all sides for Simpson’s testimony to be released to the public. “Further details on what Simpson said have not been disclosed,” Newsweek is reporting, “but that may soon change. Asked at a town hall in Iowa on Wednesday whether he would make Simpson’s testimony public, Senate Judiciary Chairman Chuck Grassley (R-IA), a Republican, said he would take a vote of the committee members but he presumes it will be released.”

“I certainly will vote to make them public.” he told Morning Joe on MSNBC today. “But even more important, Glenn Simpson should testify before the committee in the open, under oath.” Sen. Blumenthal called on other figures in the Russia investigations, including Donald Trump, Jr., to testify publicly as well.

Donald Trump is coming off one of the worst stretches of his still nascent presidency.  The last thing he needs is the public to refocus on the Russia election hacking scandal.  Sadly for him, that now appears to be out of his control.