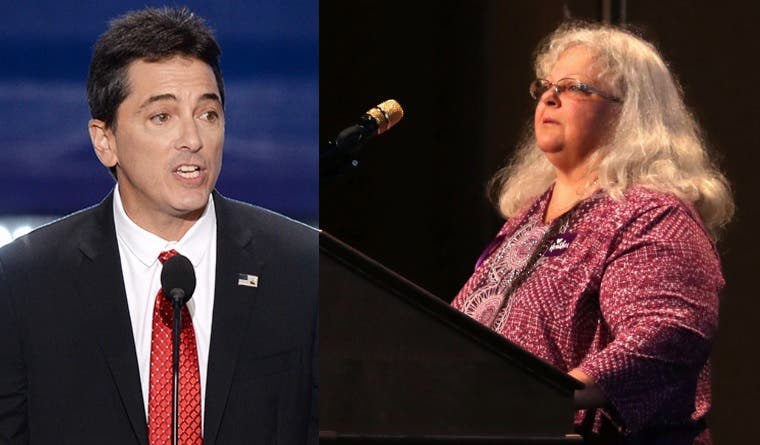 The right-wing efforts to cover up the crimes of neo-Nazis in Charlottesville have taken a disturbing turn into the realms of horrendously offensive conspiracy theories.

Scott Baio, an actor famous for his role as “Chachi” on Happy Days who has turned into a conservative pro-Trump surrogate in a desperate attempt to reclaim some kind of relevance, is now helping perpetuate the idea that the murder of Heather Heyer by neo-Nazi James Field was a hoax organized by the group who “faked” the massacre of children at Sandy Hook.

The implication, of course, is that out of all the 300 million people in the United States, the same woman was used to play the grieving mother in yet another conspiracy by George Soros and the left to blame the right and…accomplish, what, exactly, is still unclear.

Baio says he was just “asking questions” but Sandy Hook trutherism isn’t just something one engages in on a casual basis.

It just goes to show that even the public figures on the right-wing freely dabble in horrendous conspiracy theories, insulting the memories of murdered innocents, demeaning their suffering, and writing off the unimaginable grief and pain their parents have felt for their own personal agendas.