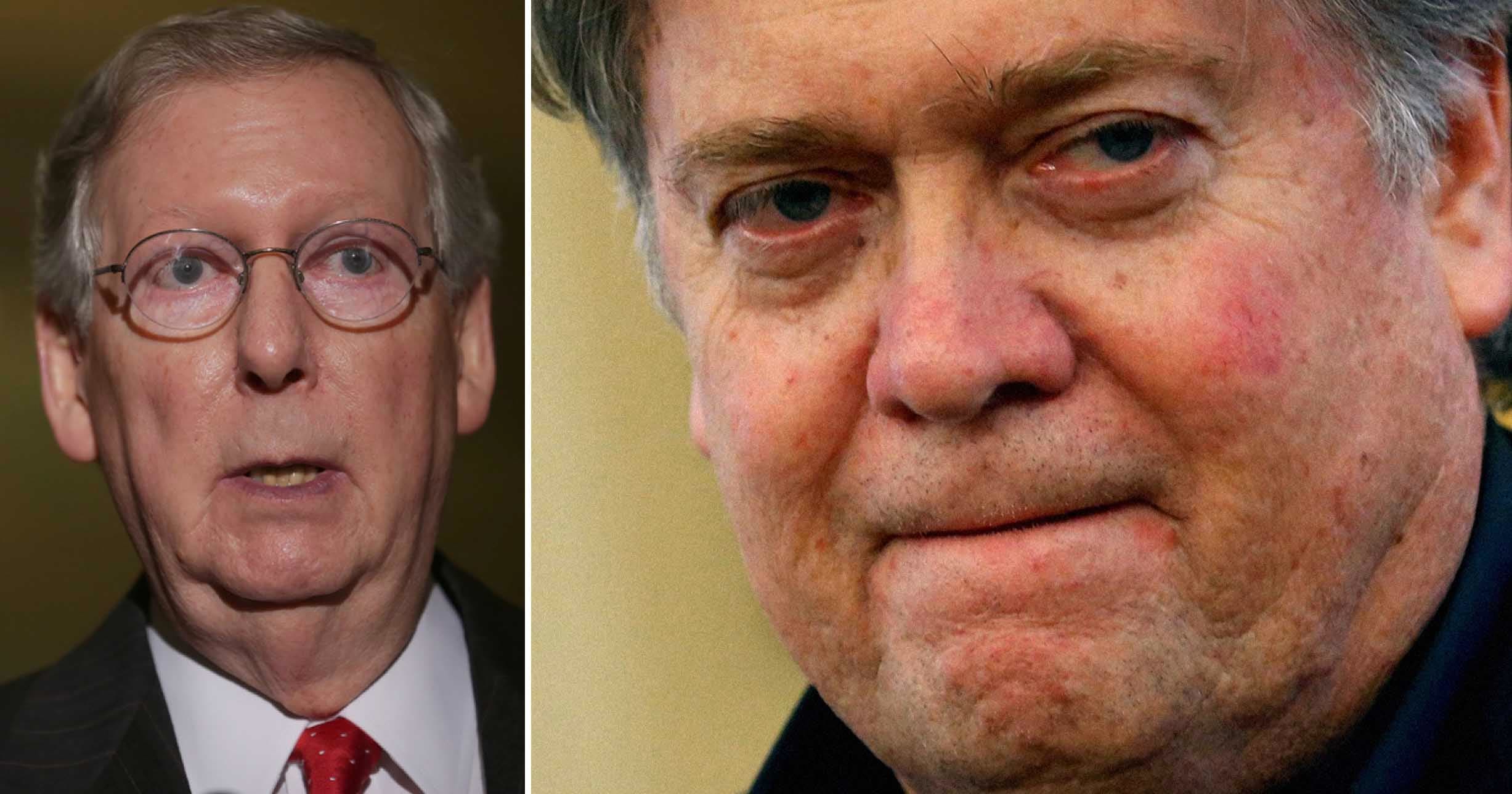 One couldn’t be blamed for delighting at the thought of a Steve Bannon-free White House, but if you thought President Trump’s top white supremacist aide would go quietly into the night, you’re going to be sorely disappointed.

Bannon, who is widely credited with turning around Trump’s flailing campaign then spearheading his most bigoted policies from the Muslim ban to restricting legal immigration, unceremoniously left the White House for good after an interview with The American Prospect in which he criticized several of the president’s priorities.

Now, Bannon has returned to his roots, running the white nationalist, alt-right digital rag, Breitbart, and he intends to use the platform to wage war on his former boss’ opponents, starting with Senate Republican Leader Mitch McConnell (R-KY)

“Mitch McConnell, I’m going to light him up,” Bannon told The Economist.

“Someone said, ‘It’s Bannon the Barbarian,’” he continued. “I am definitely going to crush the opposition. There’s no doubt. I built a f*cking machine at Breitbart. And now I’m about to go back, knowing what I know, and we’re about to rev that machine up. And rev it up we will do.”

Many Bannon observers saw his departure from the White House as Bannon preparing to turn on Trump, but Bannon says no. “We will never turn on him,” Bannon said. “But we are never going to let him take a decision that hurts him.”

In other words, Bannon’s Breitbart will stand by Trump so long as Trump stands by them.

With Trump yet to break from the dogma of the man some called “President Bannon,” Breitbart will continue to provide the fire power against those whom Trump deems the enemy. Right now, no matter how self-defeating it may be, Trump has turned his fury toward McConnell — even though more than anyone in Washington, he controls the fate of Trump’s legislative agenda.

How long Trump can remain on Bannon’s good side is another matter, however. While Trump is primarily interested in self-enrichment, Bannon admits “I am an ideologue,” and those two purposes seem unlikely to stay aligned for long.