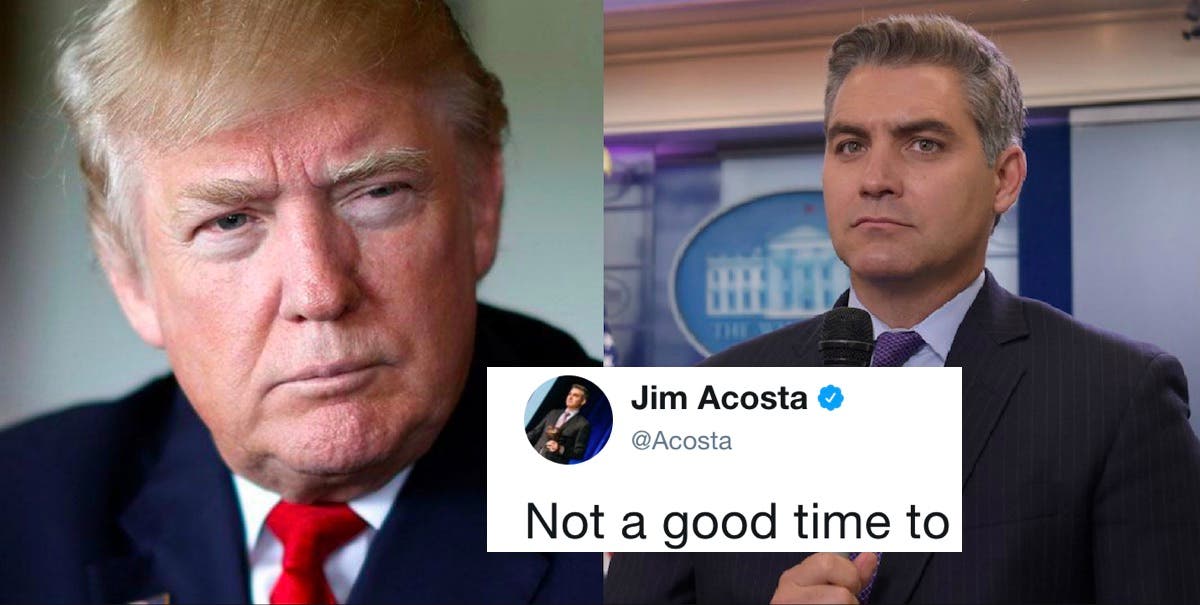 As Hurricane Harvey bears down on Texas, many Americans – lacking a better option – are turning to President Trump for leadership. He is, of course, habitually incapable of offering it, and in fact may be making things worse, as CNN’s Jim Acosta just pointed out.

Earlier today, Trump engaged in one of his regular, pointless, idiotic attacks on the free press by taking to Twitter and screeching about “fake news.”

General John Kelly is doing a fantastic job as Chief of Staff. There is tremendous spirit and talent in the W.H. Don't believe the Fake News

CNN’s Jim Acosta, who has repeatedly gone toe-to-toe with Trump and his mendacious minions was quick to respond:

Not a good time to take shots at "fake news." Millions will be relying on national and local news outlets to stay safe during hurricane.

Good morning Mr. President… what is your administration doing about the hurricane to keep Texans safe?

Hurricane Harvey has already been elevated to a Category 3 and threatens to do mass destruction. Residents in the path of the storm have been urged to evacuate.

Texas Governor Greg Abbott has already requested Trump for federal aid: “The storm surge, coupled with the deluge of rain, could easily lead to billions of dollars of property damage and almost certainly loss of life.” Today, Abbott added that Hurricane Harvey will be a “very major disaster.”

Trump should be focused on protecting and preparing to aid American citizens. Instead, he’s still engaging in his petty feud with the media.