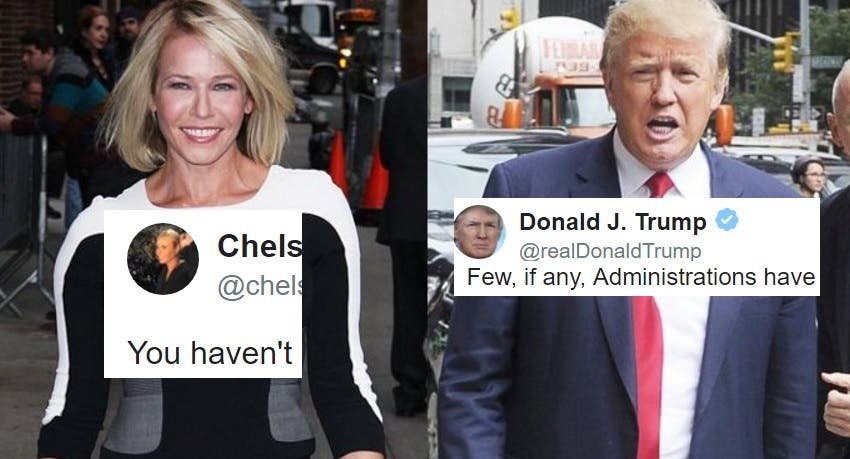 Perpetually insecure President Trump woke up this morning and decided that he deserved a big slice of praise, taking to Twitter to lie to the nation and himself about how productive his administration has been.

Few, if any, Administrations have done more in just 7 months than the Trump A. Bills passed, regulations killed, border, military, ISIS, SC!

Trump has signed no major pieces of legislation except the Russia/Iran sanctions bill – which he didn’t want to do – and has largely signed ceremonial bills, like the renaming of post offices and the like. Congress confirmed his Supreme Court nominee and passed most of the regulation-killing bills.

Trump has ridden the successes and the sacrifices of the Syrian Democratic Forces (SDF) and Iraqi army in the campaign against ISIS while slaughtering innocent civilians by the thousands as his generals pummel ISIS.

He hasn’t actually accomplished anything – but spends an extraordinary amount of time boasting about what he’s “done.”

Comedian Chelsea Handler knocked him for trying to pretend he’s actually accomplishing anything with this hilarious quip.

You haven't done anything. Start by treating your psychosis. (Syphillis) https://t.co/Pi9Z4vrFfi