For once, there’s good news coming out of America’s battle with white supremacy. One of the alt-right thugs who viciously assaulted a black protestor two weeks ago during the Charlottesville hate rally has been identified and finally arrested in Ohio.

You may remember him from Occupy Democrats’ post a week ago, exposing his identity.

Dan Borden has been charged with “malicious wounding” and is currently in detention in Hamilton County, awaiting his extradition to Charlottesville.

Borden has been on the run since being filmed assaulting Deandre Harris with several other racists. They busted open Harris’ head with their wood switches, requiring eight staples. The neo-Nazis also broke his wrist and chipped a tooth. 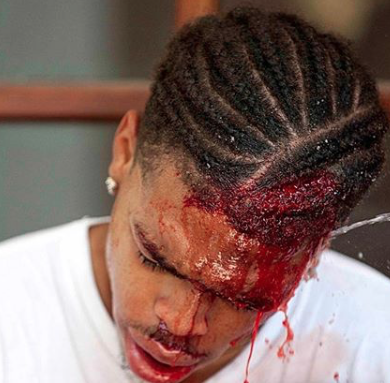 A little digging discovers that Borden has been a racist all of his life:

We hope that the judge is feeling particularly punitive when Borden finally takes the stand. We must show these Nazi thugs that this kind of behavior won’t be tolerated in the United States of America.

This man is still on the run; please contact the authorities if you happen to spot him.