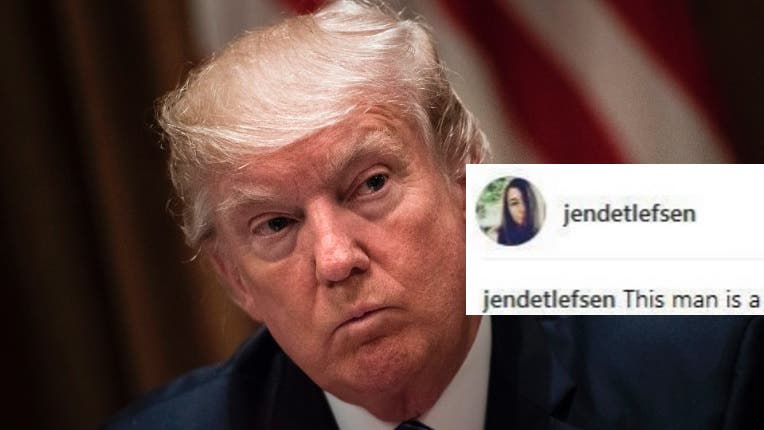 Last night, President Trump used the distraction of Hurricane Harvey to announce a fresh wave of deplorable discrimination from the White House. Ever the bully, Trump decided to target America’s most vulnerable citizens and officially signed the order banning transgender Americans from serving in the military.

His actions immediately prompted a wave of backlash from veterans around the country, horrified by the President’s treatment of the people they shared a uniform with – even from people close to the White House.

Jen Detlefsen, the daughter of Interior Secretary Ryan Zinke, publicly slammed Trump in a brutal Instagram post that made it very clear what she thought of a draft-dodging transphobe demonizing her former comrades to make a political point about his devotion to bigotry.

“This veteran says sit down and shut the f*ck up, you know-nothing never-served piece of sh*t.”

Pardon her French, but she’s definitely got a point.

President Trump venerates our military servicepeople when it serves him and ignores them when it doesn’t. He celebrates them at his rallies but blocks veterans’ groups on Twitter; he exploits the grief of white war widows for praise in the media but attacks the families of fallen Muslim war heroes. He’s a disgrace to the office of the Presidency and to every person who wears the uniform of the United States Armed Forces.