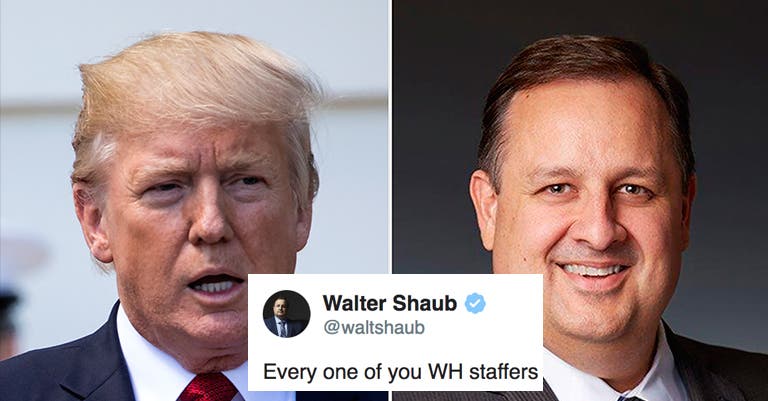 On the heels of Trump’s unjustifiable and misguided decision to pardon former Maricopa County Sheriff Joe Arpaio, who was convicted of criminal contempt, Walter Shaub, the former Director of the United States Office of Government Ethics, struck back with a scathing rebuke of the President and his staff.

Shaub goes on to explain exactly why pardoning this man in particular is so abhorrent.

In effect, the pardon of Arpaio is a tacit endorsement of the discriminatory policies that he employed. It shows an embrace at the highest levels of American government of Arpaio’s racist, dehumanizing, and unconstitutional behavior.

Arpaio, who has been a vocal proponent of Trump’s campaign since its outset, was awaiting his October 5th sentencing after his refusal to curb his hard-line immigration tactics landed him a jail sentence. The move incensed civil rights groups who have accused the former Sheriff of violating the Constitution.

While Shaub may have resigned from his position at the OGE because of Trump, that has not stopped the former Director from speaking out against the President’s vile decisions and poor judgment.