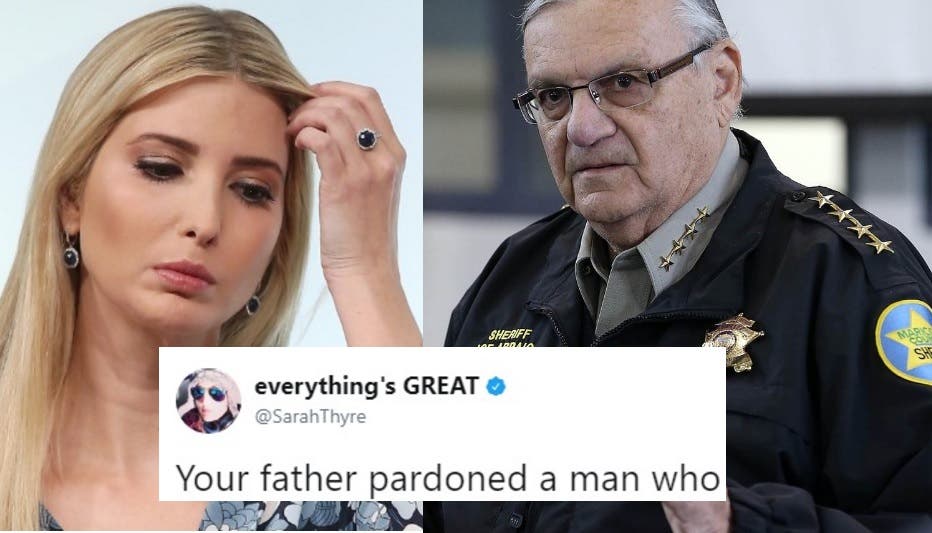 The inappropriateness of Ivanka Trump maintaining her business while serving a position in the White House was made all too clear last night when her company, oblivious to the firestorm of fury directed at the Trump family for the President’s abrupt pardon of racist Sheriff Joe Arpaio, tweeted out an ad for some overpriced shoes made in Chinese sweatshops.

Actress Sarah Thyre of the popular television show Strangers With Candy fired back with a devastating response that quickly went viral. Arpaio did in fact force a woman to give birth in shackles. He also ran a concentration camp for immigrant detainees, refused to investigate sex crimes against young Latina girls, prosecuted reporters who documented his crimes, and is guilty of a host of other racist crimes.

Joe Arpaio is an absolute monster, and it’s infuriating to see Ivanka Trump continue to try to pass herself off as a “feminist” and hawking her wares while standing by as her father tears the country apart around her.

Unhinged Hannity stalks Biden outside his house with camera setup