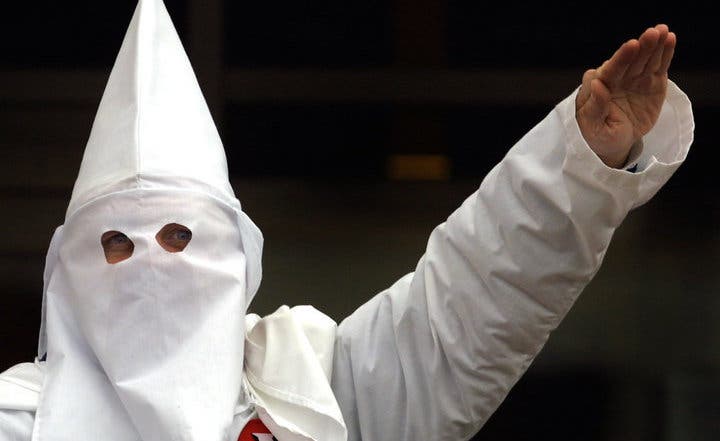 A local news station in Colbert, Oklahoma, KXII News, has exposed a newly appointed police chief for his links to websites that sell skinhead and white nationalist paraphernalia.

On the heels of the violence that erupted in Charlottesville several weeks ago, the Southern Poverty Law Center released a hate map identifying the nation’s hate groups. The station found only one operating in the local Texoma vicinity, a website called ISD Records, which sells neo-Nazi media and memorabilia, including artists like “The Klansman” and album titles like “Hitler was Right.”

KXII News tracked down the certificate of ownership for ISD Records; the owner was a local man named Bart Alsbrook.

After KXII News called to confront Alsbrook about the website, he denied it was him. After a nationwide search for another Bart Alsbrook returned absolutely no results, the news station again called Alsbrook, who now “claimed a group of skinheads stole his wallet and began using his name after a fight at a heavy metal concert in the 1990’s.”

Within hours of KXII News calling Alsbrook, his website was taken offline.

Although white nationalists and neo-Nazis may feel emboldened by the Trump administration, their abhorrent views are not welcome in this country. And they will duly be exposed and forced to suffer the consequences of their stupid decisions when they’re left ostracized, unemployed, and humiliated.