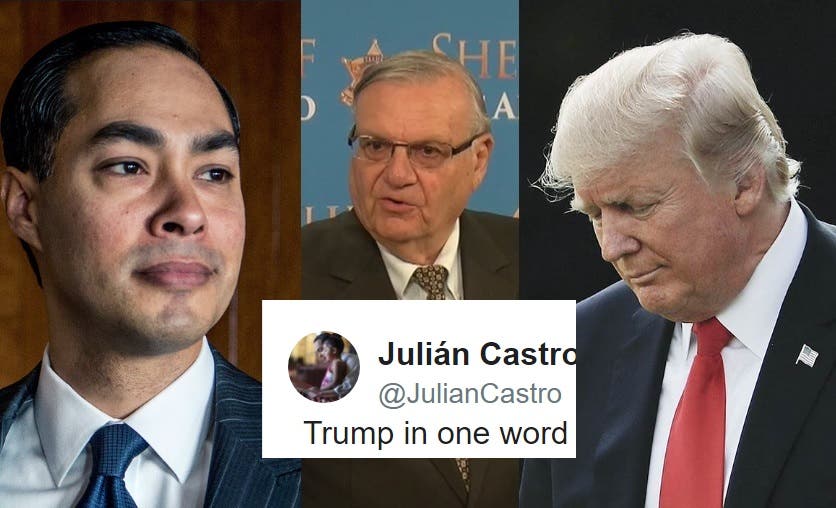 President Trump horrified the nation on Friday night when he tried to use the distraction of a Category 4 hurricane to cover up his pardon of Sheriff Joe Arpaio, a human rights abuser and notorious racist and one of America’s most hated men.

Trump in one word tonight: #pendejo

“Pendejo” is a Spanish insult for a “stupid or contemptible person;” literally translated, it means “pubic hair.”

It’s a fitting descriptor for a man who tried to sneak in a pardon for an absolute monster. Joe Arpaio used his police department to terrorize the Hispanic community of Maricopa County, detaining unconvicted migrants in concentration camps and torturing them in his jails.

There’s a lot of other words we could use to describe Trump and Arpaio, but they aren’t fit for print.