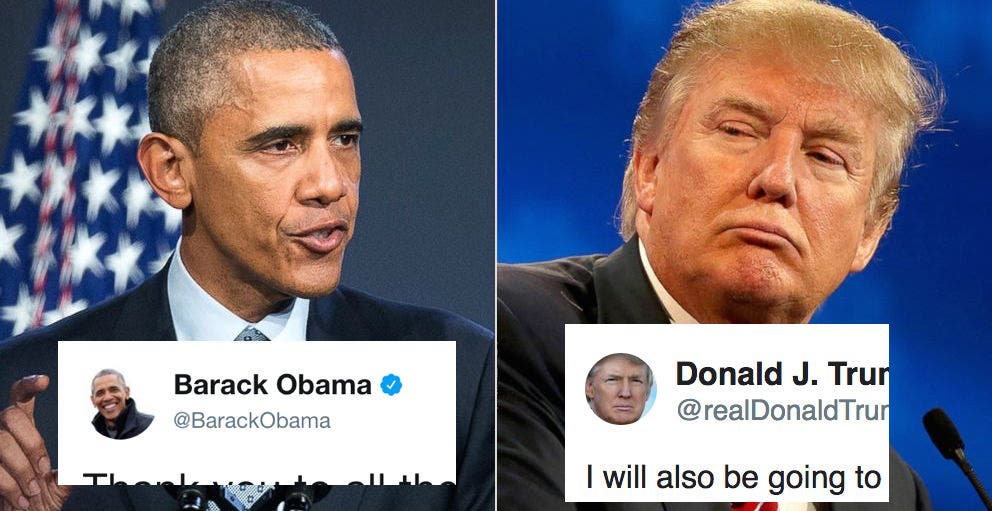 Trump Just Tweeted About His Dumb Wall. Mexico’s Response Is Classy Yet Brutal

As Texas struggles to regain its footing after being decimated by Hurricane Harvey, both Trump and former President Barack Obama took to Twitter to address a weary nation in need of a unifying voice.

Obama responded to the tragedy by recognizing those who have helped each other, and went a step further in posting his own call to action, imploring other Americans to pitch in and do their part in the recovery effort by linking to the American Red Cross.

Thank you to all the first responders and people helping each other out. That's what we do as Americans. Here's one way you can help now. https://t.co/iGfE8rAoAu

Help those affected by #HurricaneHarvey. Visit https://t.co/IwTsENcx2z, call 1-800-RED CROSS or text HARVEY to 90999 to make a $10 donation. pic.twitter.com/r4qSn8byXj

Trump, however, used the opportunity to display his leadership abilities by first promoting a book by the controversial and divisive Sheriff David Clark.

A great book by a great guy, highly recommended! https://t.co/3jbDDN8YmJ

He then used his platform to rile up fear for “the worst storm/hurricane [people] have ever seen.”

Many people are now saying that this is the worst storm/hurricane they have ever seen. Good news is that we have great talent on the ground.

Then, in a stunning display of tone-deaf self-adulation, he proceeded to tweet about his “historic” Electoral College victory.

I will also be going to a wonderful state, Missouri, that I won by a lot in '16. Dem C.M. is opposed to big tax cuts. Republican will win S!

And finally, he took a jab at Mexico and Canada, threatening yet again to build a wall on the Mexican border and terminate NAFTA. It should be noted, too, that many Mexicans, who make up a considerable portion of the Texas population, have been uprooted and are dealing with the devastating consequences of the hurricane.

With Mexico being one of the highest crime Nations in the world, we must have THE WALL. Mexico will pay for it through reimbursement/other.

We are in the NAFTA (worst trade deal ever made) renegotiation process with Mexico & Canada.Both being very difficult,may have to terminate?

While our insecure President has made it abundantly clear that his top priority is himself and his vile agenda, America can look to the compassionate words of Barack Obama to restore at least a fleeting sense of dignity to a nation on its knees.