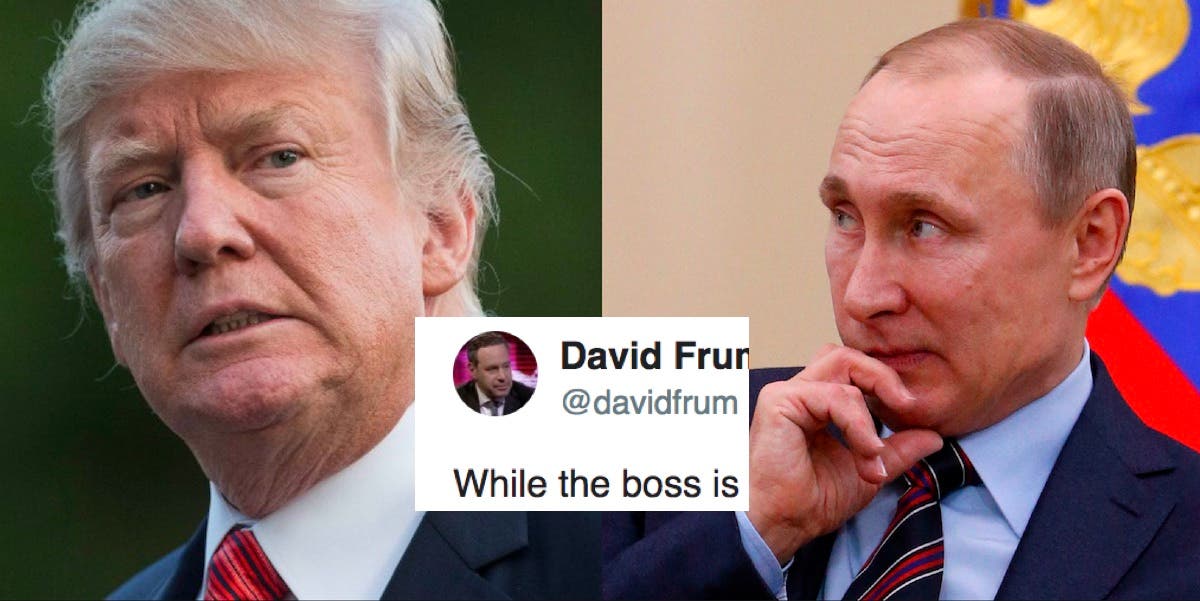 Trump Was Just Asked If Russia Was A Security Threat To America. His Response Is Disturbing [VIDEO]

In a stunning revelation earlier today, The Washington Post reported that Trump’s lawyer Michael Cohen reached out directly to a spokesman for Russian President Vladimir Putin to secure assistance in building a Trump Tower in Moscow during the campaign. The secret communications occurred at the same time that Trump was lavishing praise on the cryptocriminal foreign leader.

David Frum, a former speechwriter for President George W. Bush, took to Twitter to put the news into proper context. He correctly points out that there is an argument to be made that the emails demonstrate blatant requests for quid pro quo between the Trump team and Russia:

While the boss is actively trying to reorient US foreign policy in the dictator’s favor. Kinda puts Teapot Dome & Watergate in perspective https://t.co/T1r6tzQpuy

Frum’s invocation of the Teapot Dome scandal and Watergate – the most infamous political moments in American history – is telling. There is no longer any argument over whether or not Trump and his minions sought Russian help to sway the election. The only question left is how much collusion actually occurred.

The Trump administration is corrupt to the core, and each new revelation peels back another putrid layer. Soon, the truth will be laid bare before the American people.