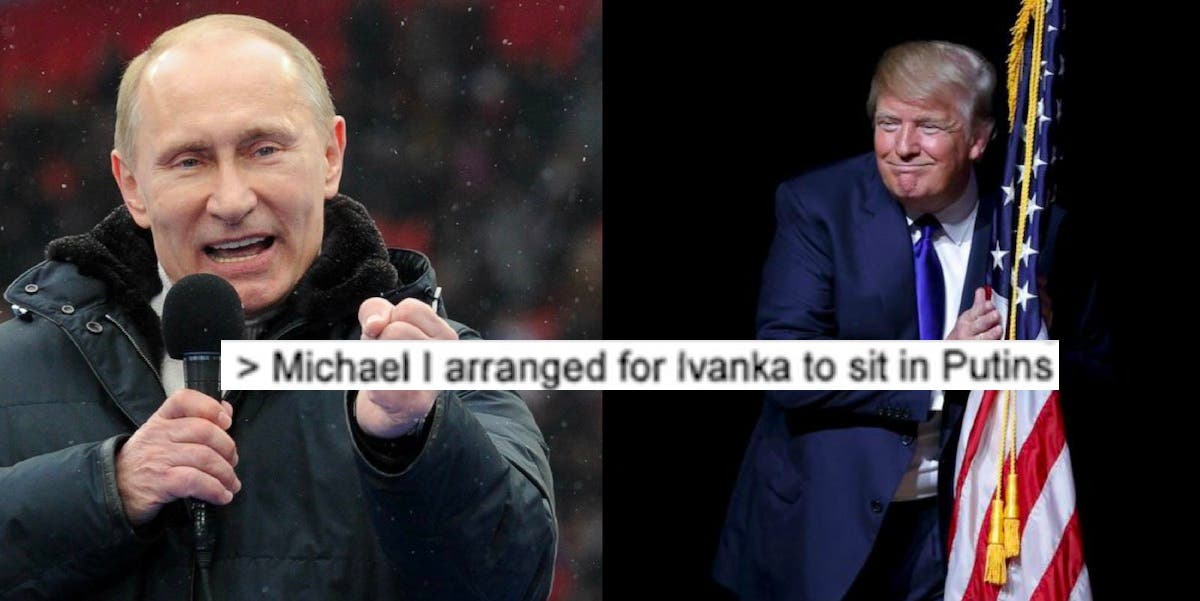 Donald Trump is slowly being crushed beneath an ever-growing mountain of evidence that he and his team colluded with Russia to steal the 2016 election.

While special counsel Robert Mueller has been methodically toiling behind the scenes to uncover the truth, the public is not yet privy to most of the details. Instead, Americans are forced to review the sporadic trickle of details provided by independent sources and imagine how they might fit into whatever fuller picture Mueller is piecing together. We can only see the tip of the iceberg so far, but it’s a damning tip.

Now, a new crucial part of the story has been revealed. The New York Times just reported on an explosive email sent by an associate of Trump in 2015.

Felix Sater, a broker for the Trump Organization, sent a message to Trump’s lawyer Michael Cohen claiming he could mastermind a real estate deal in Russia that would help get Trump elected to the presidency. He also bragged about getting Ivanka into Putin’s office during a previous trip she took to Moscow.

While it appears that the deal to build a Trump Tower in Russia never materialized, it shows that the Trump team was actively exploring the possibility of teaming up with a foreign adversary to steal the American presidency. It also completely obliterates Trump’s past lies that he had no connections or interests in Russia.

Another section of the email outlines that Putin might be interested in a Trump presidency because he could “negotiate” with him.

The Times obtained the email earlier today, as the Trump Organization was in the midst of delivering numerous such emails to the House Intelligence Committee for their investigation into Russia’s role in the 2016 election.

It’s now recorded fact that associates of Trump sought to use Russian influence to manipulate the election. All that remains to be seen now is to what degree they tried, and how successful the efforts were. Regardless of the details though, it represents a profound betrayal of the American trust.