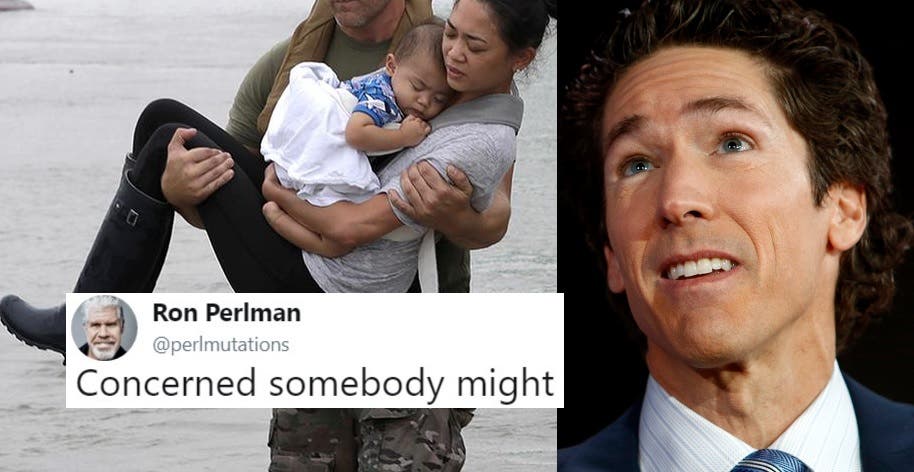 Joel Osteen, the “prosperity” preacher who has made a fortune grifting off the generosity of his devout flock, has endured a withering barrage of criticism from social media for his refusal to open the doors to his 16,000-capacity megachurch to help house the environmental refugees of Hurricane Harvey.

Actor Ron Perlman of Sons of Anarchy fame had a very snarky response to Osteen’s hypocrisy, rightfully calling him out for being more concerned with the cleanliness and propriety of his church than the Christian values of charity and support that he pretends to embody. Joel Osteen is the very worst kind of human being and an absolute disgrace to all those who call themselves religious. He is a financial predator of the worst kind, a pernicious agent of mammon who exploits the generosity and the faith of his flock to live a lifestyle of heretical luxury and sinful excess.

He deserves every ounce of the criticism he’s received – and then some.