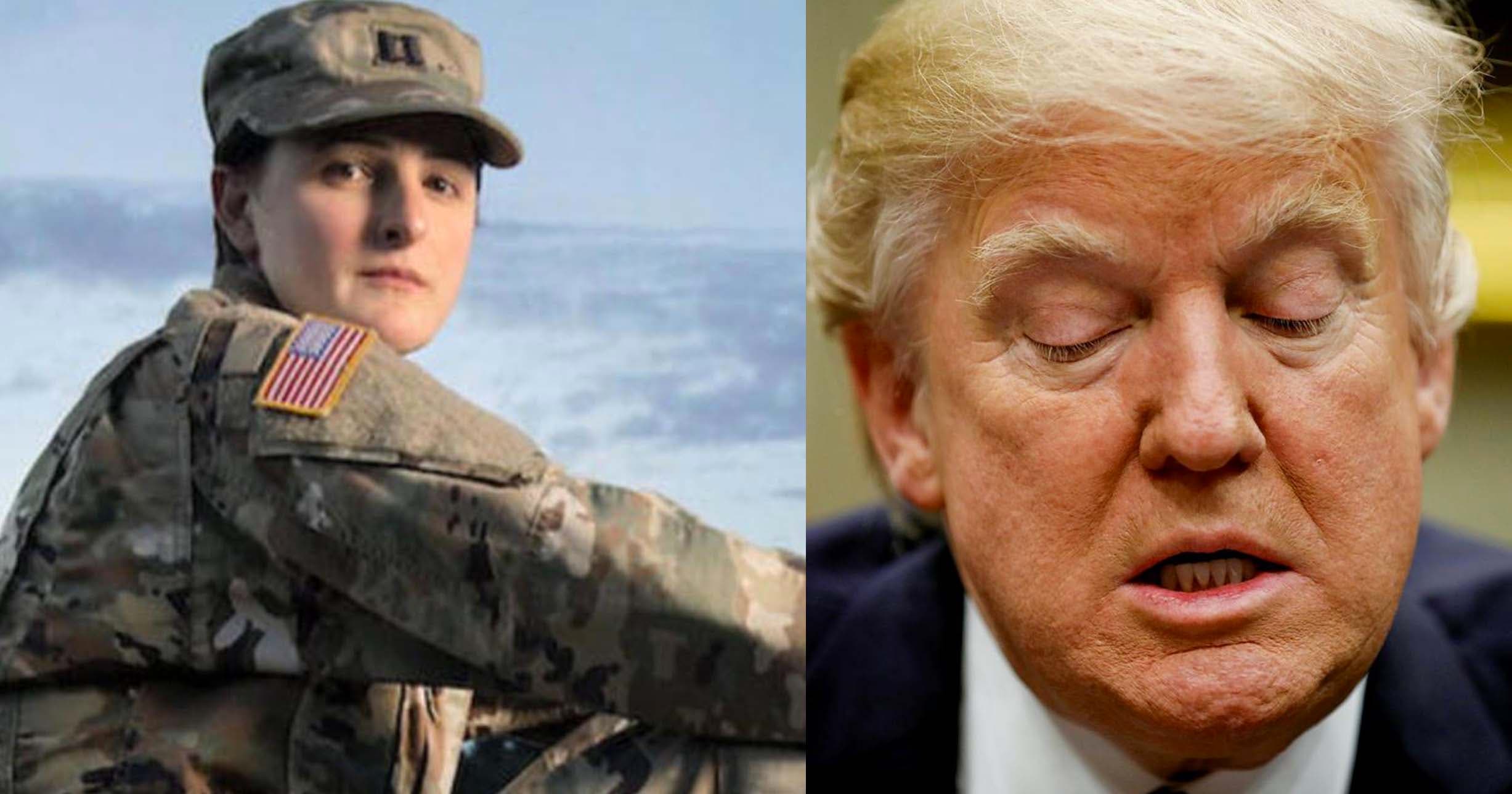 The president tweeted the discriminatory ban, a month ago, surprising Pentagon officials who confirmed that no president can simply tweet military orders. However, after a month of bureaucratic process, the military formally implemented the ban last week. Today, six members of the military joined the ACLU in challenging Trump’s order as unconstitutional:

“Each and every claim made by President Trump to justify this ban can be easily debunked by the conclusions drawn from the Department of Defense’s own review process. Allowing men and women who are transgender to serve openly and providing them with necessary health care does nothing to harm military readiness or unit cohesion,” said Josh Block, senior staff attorney with the ACLU’s LGBT & HIV Project. “Men and women who are transgender with the courage and capacity to serve deserve more from their commander-in-chief.”

Transgender Americans only recently gained recognition by the U.S. military just last year when President Obama presided over the end of gender discrimination admission policies in the military.

It’s estimated that there are over 15,000 transgender people in America’s military today, which employs well over a million uniformed personnel in every state in the country and around the globe.

Now, six brave men and women are risking their careers to very publicly stand up for thousands of their colleagues, many of whom have suffered in silence for the last month as their Commander in Chief publicly denounces their contributions to this country.

Here are the stories of the six service people who just sued President Trump. The lawsuit is embedded below:

Stone vs. Trump – Challenges Transgender Ban in Military by Grant Stern on Scribd