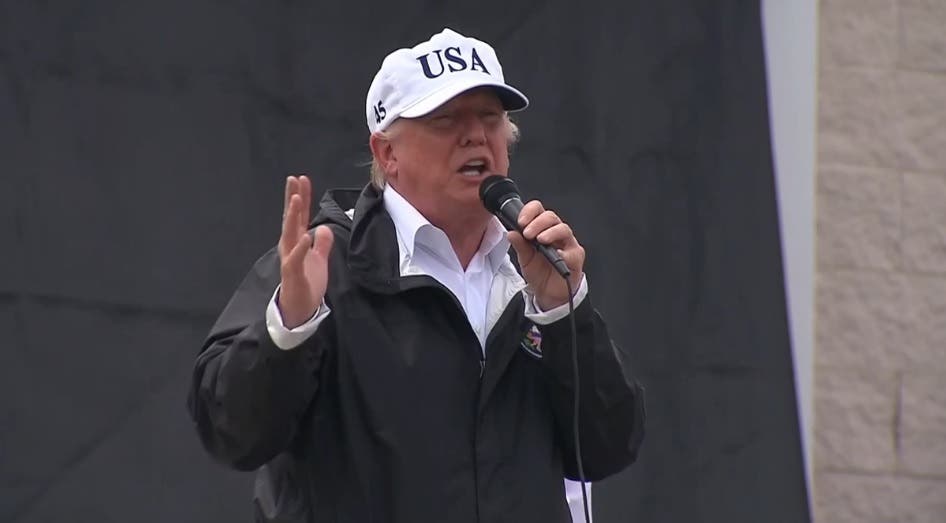 After this morning’s Presidential press conference with Texas Governor Greg Abbott, Donald Trump went outdoors to address the hurricane victims waiting outside to hear from the ostensible leader of this nation – and for the second time in an hour, made it immediately about himself.

“What a crowd, what a turnout,” Trump said from atop this firetruck, addressing hurricane victims. pic.twitter.com/0EdsLctHDi

That’s right. President Trump thanked a crowd of hurricane victims for “turning out” and congratulated them on the size of the crowd that showed up to see the leader of the United States.

In remarks devoid of anything substantial beyond his usual hyperbole and wild promises that the recovery would be so tremendous things would be better than they were before, the President made sure to remark on how big a crowd was there for him at a firehouse during a hurricane, eternally focused on himself rather than the people he’s supposed to represent.

President Trump addresses crowd in Corpus Christi, Texas: "We are going to get you back and operating immediately." https://t.co/cLa9uwX7zA

Watching Trump on Snapchat map you can actually see how far he is from the modest crowd gathered on the street pic.twitter.com/EtzsW6Lizp