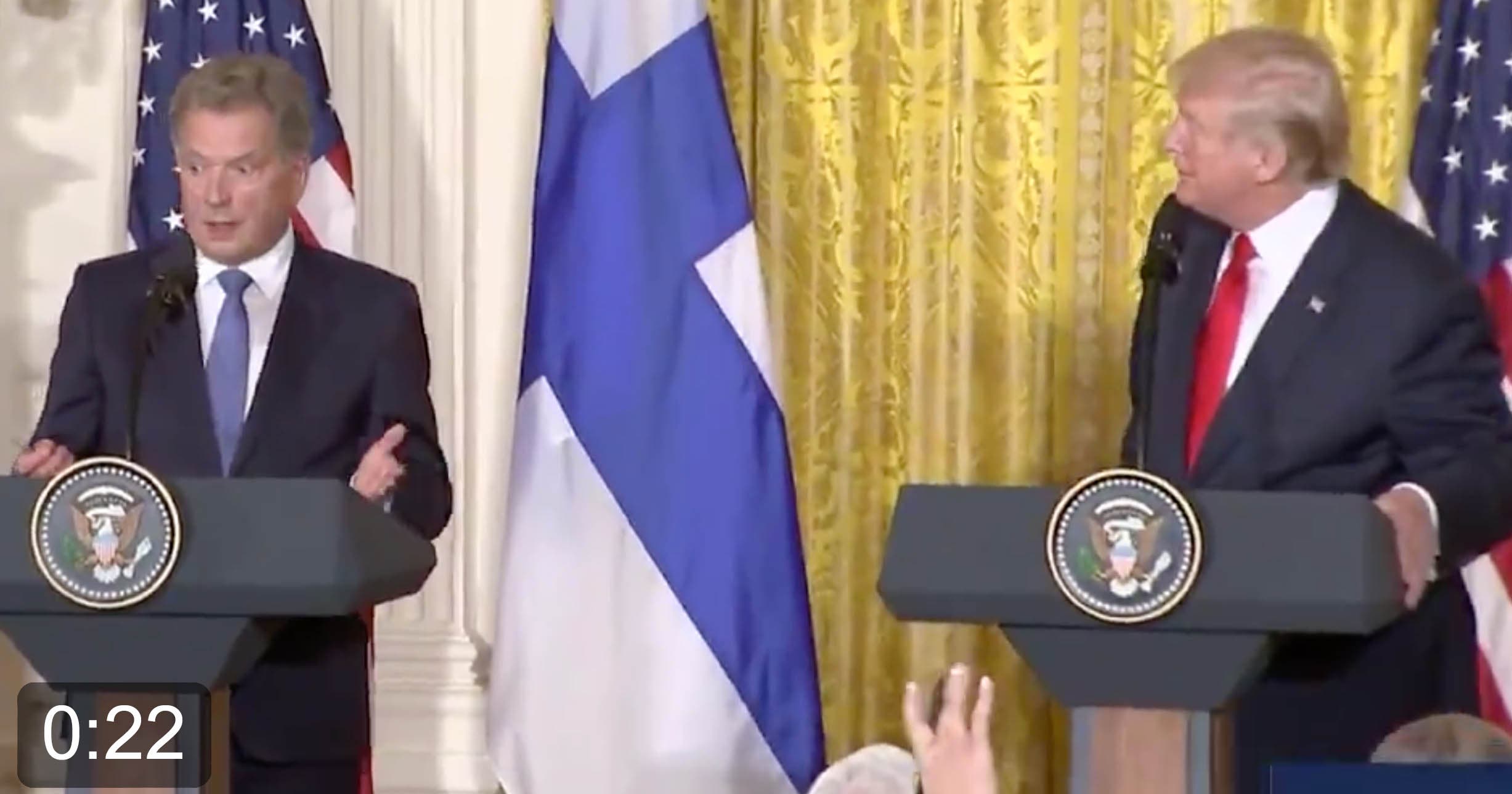 Last night, President Trump held a joint press conference with Finnish President Sauli Niinisto and, as is the custom of America’s dear leader, his ignorant bigotry stole the show. (Short video below.)

Near the end of the press conference, the president told Niinisto to call on another reporter, and when he did, Trump complained that it was the same reporter who had just asked a question.

“No! They are not the same,” Niinisto corrected. “They are sitting side-by-side.”

“We have a lot of blond women in Finland,” the reporter explained to Trump before he told her to proceed.

Trump grinned through the whole thing, seemingly unfazed. After all, it’s far from the first time he’s spread blatant falsehoods about reporters or dismissed a woman’s individuality — just the latest global embarrassment.

This is my favorite moment of any Trump presser ever. (via CSPAN) pic.twitter.com/l4R6dojUrH