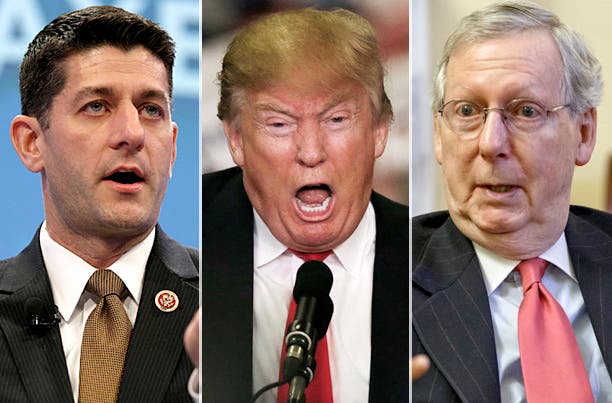 Congress will be back in session next week after the long August recess, and their plate is already full with ‘must pass’ legislation.  Atop the list of bills needing their immediate attention is the Children’s Health Insurance Program, or CHIP, a popular Clinton-era program that subsidizes over 8 million children from low-income families with household earnings that preclude them from receiving  Medicaid.

Federal funding for CHIP expires on September 30th of this year, and it needs to be renewed by congress before that deadline.  Normally, CHIP renewal is an easy bi-partisan slam-dunk, almost a formality among congressmen who are carful not to fall on the wrong of the debate over helping sick children.

But there’s been nothing normal about the legislative process in the Trump era.  The Wall Street Journal is reporting today that:

The Republican Party, it appears, is gearing up for a game of chicken, and they’re prepared to trap 8 million children are in the car with them, just to cut taxes that will benefit the wealthy.  Trump supported these tax cuts when they were part of the Obamacare repeal and replace bill that failed in the Senate, so he’s expected to support any future attempt by his GOP cohorts to enact them.

The worry among some is that Democrats may not be able stop their own car, either.  They, too, are hoping to leverage the must-pass CHIP renewal legislation to help save the parts of ObamaCare that President Trump has threatened to sabotage, or has already started to sabotage, particularly elements of Medicaid.  With healthy majorities in both houses of congress, Republicans could trap their Blue State counterparts in a no-win situation.

“…the Democrats are not going to throw Medicaid under the bus to save CHIP,” Matt Salo, executive director of the National Association of Medicaid Directors, told the Journal. “If that’s the poison pill, it goes down.”

Devious legislative tricks are nothing new.  Holding children hostage while you play those tricks, however, would be a new low, even for one of the least popular, least productive congresses in some time.