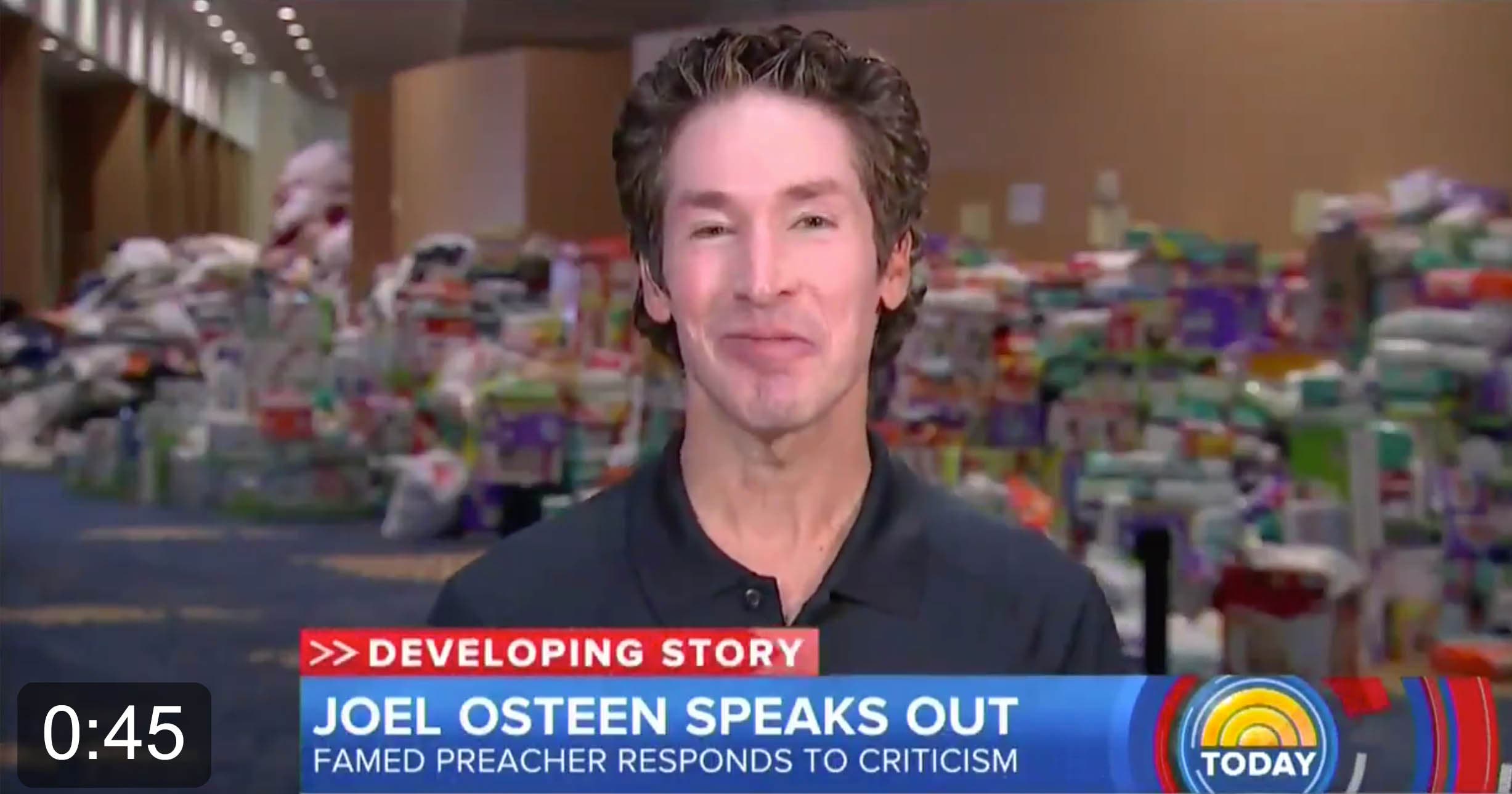 While millions of Houston resident fled for their lives as Hurricane Harvey battered their hometown, the doors of Joel Osteen’s 16,800-seat Lakewood Church remained locked until the barrage of negative attention forced the famous pastor to let people in.

Two days later, Osteen appeared on the Today Show — not to apologize for his betrayal of his religious teaching and the people who needed his help, but to make excuses. (Video below.)

Even as smaller churches laid down air mattresses to house as many as possible and a furniture store invited the displaced to sleep on their inventory, Osteen insists there was simply nothing he could do.

“There were safety issues,” Osteen insisted. “I think sometimes, somehow, social media can be very powerful and they can create this false narrative, but… if we didn’t have flood gates, we would have flooded. So, it’s easy to say ‘there’s that big building, they’re not using it,’ but we don’t have volunteers and we don’t have staff that could get here.”

“If [Houston] would have asked us to become a shelter early on, we would have prepared for it all and been prepared to help,” Osteen added.

Osteen should tell it to the stores, churches, and individuals who did open their doors and hearts to those in need, to say nothing of the countless heroes who have risked their lives to pull people from the flood waters.

Many Houston residents, and even those from far away, rose to the occasion in this great moment of truth, saving lives and sparing thousands from even greater suffering. This was also a moment of truth for famous pastor of Lakewood Megachurch, and the truth could not be clearer:

Joel Osteen is a fraud.

Joel Osteen: If Houston “would have asked us to become a shelter early on, we would have prepared for it.” https://t.co/yGJo9lg9hg pic.twitter.com/4b0z6luzKR