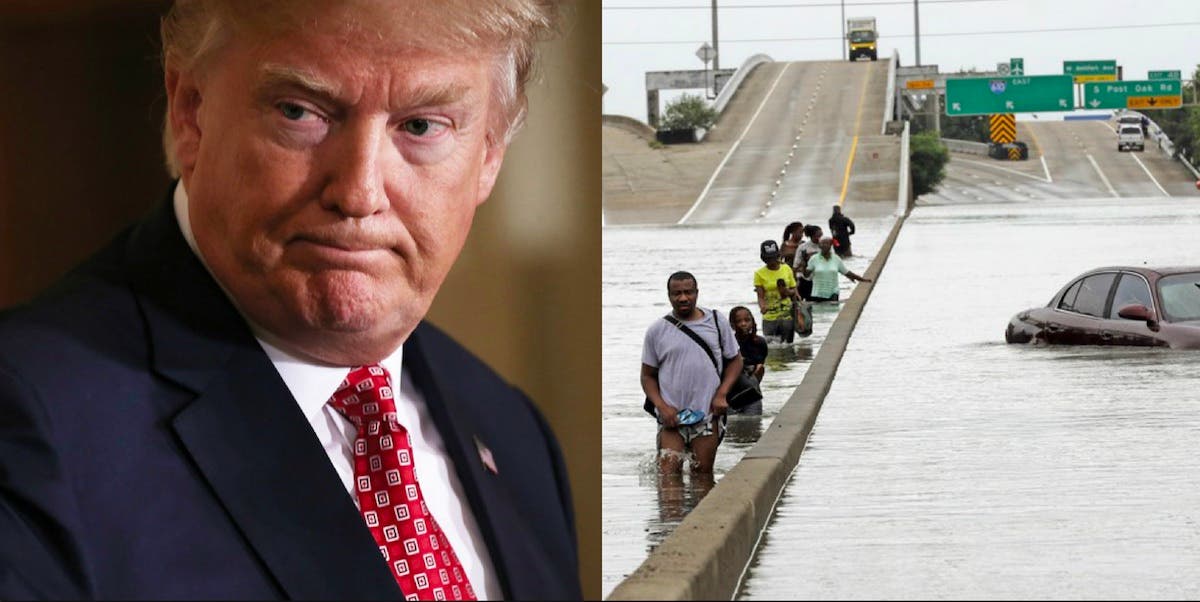 Yesterday, in the wake of the devastation wrought by Hurricane Harvey in Texas, Trump made a trip to the Lone Star State. He showcased his trademark dearth of compassion and failed to meet with any of the actual victims of the disaster. The only thing he actually did was stage photo ops to make himself appear “presidential.”

The lack of meaningful engagement with the flooded region didn’t stop our liar-in-chief from taking to Twitter to brag about his trip, saying he braved the disaster zone and witnessed firsthand the “horror & devastation.”

After witnessing first hand the horror & devastation caused by Hurricane Harvey,my heart goes out even more so to the great people of Texas!

I traveled with the President yesterday. Personally, I would not claim to have seen Harvey's horror and devastation first hand. https://t.co/Zb7bsF5CW5

Of course Trump – a silver spoon goon who has never faced any real adversity his entire life – would shy away from confronting tragedy face-to-face. He has no interest in helping the people of Texas, he just wants to give the appearance of helping. In fact, according to another reporter, the only time Trump got wet during his visit was when he disembarked Air Force One at Joint Base Andrews.

"The only time Trump or any of us got wet was at Andrews," — from a person who flew with POTUS to Texas on Tuesday.

At this point, any Trump tweet or statement is just as likely to be true as false. He has completely divorced himself from reality and says whatever he feels like. His diehard supporters, in turn, swallow whatever he spews without scrutiny. This latest lie disrespects the people suffering in Texas.